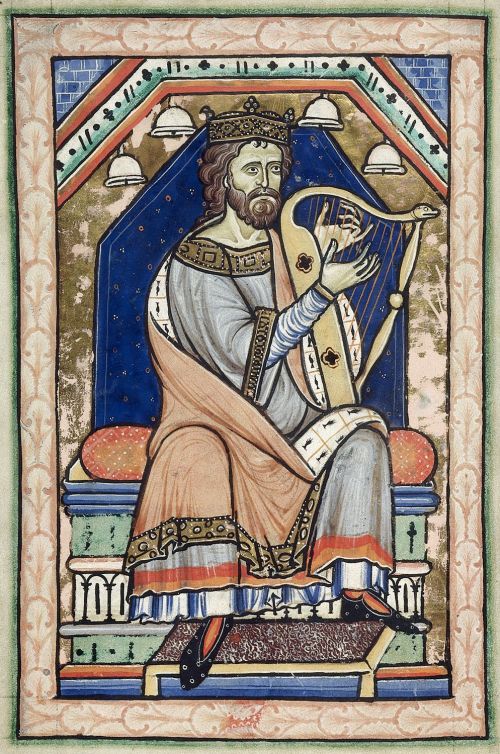 I’d like to say a few words about singing the psalms.  In the fifth century text I quoted above from John Cassian, he refers to singing the psalms, indicating that this was already an accepted practice in the Church.  Again, from my personal perspective as an ex-ballet dancer, music is highly important to me, and I am so grateful that this long tradition of singing prayer exists.  The psalms were first used in Jewish worship, and they were composed to be sung there; the poets intended this when they wrote them.  The link-up between music and meaning is extremely close in the psalms, then; music wasn’t an afterthought.

We are fortunate in having a poet in our monastic community.  Most of her poems are composed to be simply read, but at least one of her poems was composed as a piece to be sung.  There is a recording of it, and it is very beautiful.  But, take away the musical accompaniment and read the poem alone, and the experience of its beauty diminishes somewhat.  That’s because the words and the music are bound up together to work their artistic magic.  In the same way, it’s arguable that the psalms come alive most fully when the words are integrated with music, because that is the way they were composed.

There are other reasons, too for singing the psalms.  St. Benedict says, “Let us stand to sing the psalms in such a way that our minds are in harmony with our voices.”  He’s talking about the power of music to keep us focused and recollected.  Singing integrates more of the body into the act of worship than is enlisted in reading silently.  In singing you involve the eyes, the ears and the voice most obviously.  Less obviously, you have the effect of musical rhythm.  Even if one is singing while standing or sitting still, this rhythm is felt by the whole body.  I’ve never forgotten what I was once told by the daughter of a deaf woman.  She said that her mother loved coming to the monastery church because she liked the music.  Although her mother couldn’t hear or sing, she felt the rhythmic vibrations of the simple chants we used for the liturgy, and found it prayerful.  Those able to hear fully might not be so conscious of feeling the vibrations of the music, but we do feel them nonetheless, and they help us to pray, also.

Music also elicits a response from the emotions – beauty and pathos can be expressed even in a simple, repetitive melody.  Song, further, is an aid to memory.  A snatch of a verse from a psalm may return to me later in the day because melody has a way of coming back and back.  This is how it works for me.  And I am so grateful that music and psalms have been partners in my vocation for nearly 40 years.

Here is the choir and congregation of St Peter’s, Colombia, South Carolina, singing the Gelineau version of Psalm 23.