20 November: Inter-galactic Discoveries XIII, The Sands of the Sea. 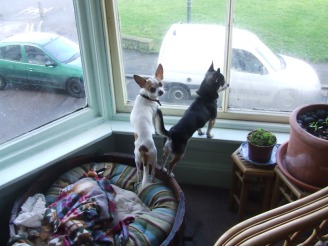 It was an odd interim, as the bright green of summer shifted to an autumn russet of dropping November leaves. ‘T’ could feel it; pushing the second half of his life (in human terms), the joints and ligaments of legs and back definitely had a preferential option for warmer seasons and balmier climes. Having only recently returned from the fruitless foray in sunny Southern California, he wryly thought, No wonder there’s so many people out there, with weather like that; nearly every day mild and blue with a fresh western breeze off the sea. And, oddly, because as an Ossyrian he had genetic inhibitions protecting him from thoughts of a critical nature; it doesn’t seem fair…followed by, I wonder if that’s why so many of them are good looking, and healthy…and complacent? He did a fast mental head scratch, wondering at his own lack of charity (or was it envy??) and reflected on the many times during his short stay in that enchanted land that he had met with the various types of human suffering and weakness – with attendant courageous or cowardly response – that characterised so much of life on the strange planet called Earth. People really do seem to be more or less the same the world over…yet, at the same time, no two are alike. ‘T’ laughed at the absurd paradox and went to fetch the Chihuahuas.

‘Hey guys, let’s go down to the beach!’ ‘T’ beamed. Ajax immediately barked an enthusiastic response, though (if the truth be told), he would have preferred the Margate pavement with its amazing cacophony of smells; rotting food rooted out of skips by gangster sea gulls, human detritus of innumerable kind, but, above all, the near-infinite trace of canine cousins messaging each other in an olfactory universe several times more complex than the paltry human internet. Still…the beach did have seaweed and the occasional dead dog fish to provide amusement. Alfie, as anxious as Ajax to escape the confines of the small flat, merely rolled his liquid black eyes, pretending insouciance. ‘T’, a recent convert to the love of salty seas (the home planet, of course, had no large bodies of water), had returned from California a positive fanatic, and Alfie loved to tease him. ‘I’d rather go on a parakeet safari,’ the tricolour Chihuahua beamed, and yawned at ‘T’s apparent frustration. ‘It’s too cold to go up to the park,’ was ‘T’s lame reply (the beach was every bit as cold), ‘and, besides, there’s still too many leaves on the trees to get a good spot on a parakeet.’ That was quite true and Alfie knew it; he had only been teasing. Why do I enjoy teasing the boss? Raisin-coloured eyes narrowed in thought; Are all of us slowly going native?