17 July: F is for Fishguard

What is it about Docks and Ports? Dover, East End of London, and now Fishguard? Things happen there, as they do at railway stations.

Fishguard, one of the ports to go to Ireland, is tucked into this rocky Welsh shore, not far from St David’s. I introduced readers to the late John Byrne a year ago last month; he was a highly respected Irish railway modeller.

He was also a retired sea captain. When we were in Pembrokeshire I sent him a photo of the Ferry arriving in port; he recognised her at once, saying she was not built for the Irish Sea and the Atlantic swells, but for the enclosed Mediterranean  or the Baltic, and gave many a rough ride when the wind was up.

I wonder how it was for Saint Nôn and her son David, forced into exile when he was little, voyaging on a tiny boat across the very sea that John’s big ship was so ill-equipped for? 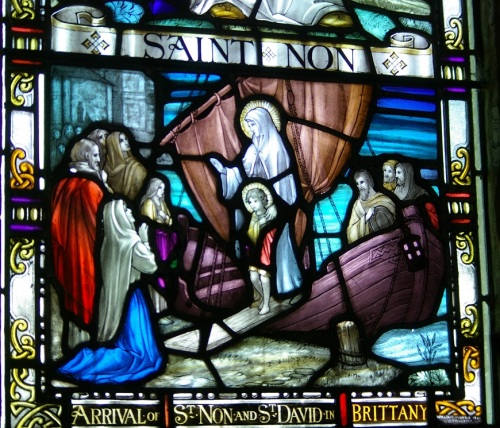 Let us remember in our prayers all those in peril on the sea, especially those trying to cross the Mediterranean in flimsy boats. Like the one used to make the Lampedusa Cross. And remember, too, the crews who spend months at sea, rarely able to call home, ill-paid, forgotten by us consumers who depend on their hard work.