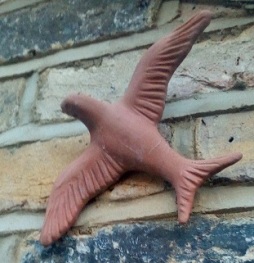 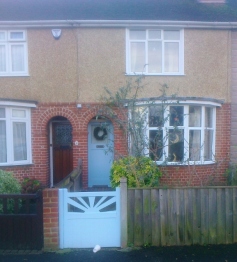 Alfred Noble, inventor of dynamite, hoped his high explosives would make an end of war sooner than international peace congresses. Mutually Assured Destruction as a deterrent has turned out to be MAD indeed. Nobel himself died, a lonely man, in his Italian Villa, ‘Mio Nido’, My Nest. But he left his prizes.

In 1955 the United Nations High Commission for Refugees was awarded the Nobel Peace Prize for what is a practical work of peace. Here are a few excerpts from the acceptance speech of the High Commissioner, Dr. Gerrit Jan van Heuven Goedhart.

(A man needs a little place, small as it may be, of which he can say: “This is mine. Here I live, here I love, here I find my rest. This is my fatherland, this is my home!”)

“The essence of the refugee problem is very, very simple. It is: to find ‘ein Plätzchen,’ to find a ‘Mio Nido’ for people who for reasons of persecution have been obliged to leave their native country and who have therefore become ‘uprooted’ and homeless.”

Many years ago I participated in a discussion on the problem of international education. After many experts had presented their complicated theories, an old headmaster of a certain school got up and quietly said: “There is only one system of education, through love and one’s own example.” He was right. What is true for education is true also for the refugee problem of today. With love and our own example – example in the sense of sacrifice – it can be solved. And if in the cynical times in which we live someone might be inclined to laugh at “love” and “examples” as factors in politics, he would do well to be reminded of Nansen’s hardhitting, direct and courageous words, based on a life full of sacrifice and devotion: “Love of man is practical policy”.