1 July: Into the forest 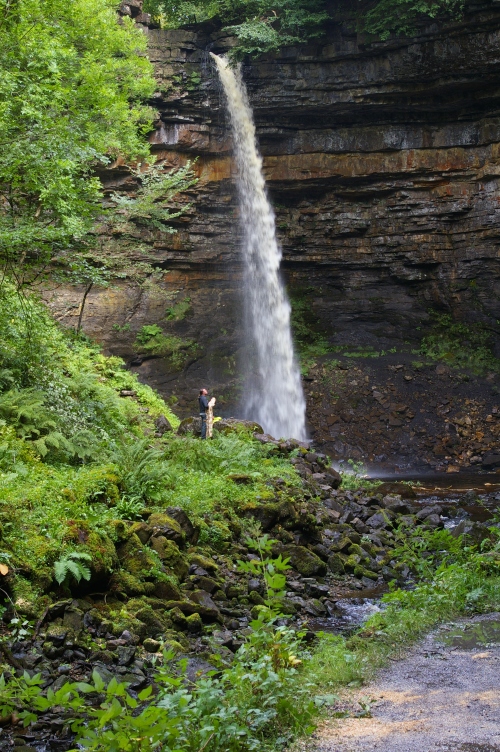 I don’t think the ancient Israelites were altogether fond of the forest. One of the most vivid forest stories tells how Absalom, David’s rebel son, was caught by the hair as he rode under an oak tree while his mule galloped on without him. Absalom was a sitting duck for Joab and his men, who killed him, bringing David to tears. (2 Samuel 18, 19). Earlier, in Joshua 17, we read how the tribe of Joseph cleared away the forest to have room to settle and farm, a process that continues around the world to this day.

But something is lost as we clear the forest and then build suburbs over the resulting fields. Closeness to creation and the creator. Abel, at 3¾ years has found it at Forest School: he spends a day a week in the woods with his nursery school, getting muddy and enjoying himself among the trees. We would wait forever for him to tell us what he gets up to, but my teachers’ magazine ‘Educate’ tells how children are equal partners in learning and can take over the leadership of such sessions, under the guidance of their teachers.

One teacher, Jen Hawkes, says, ‘It’s about shared experiences and making friendships. They build a bond in the forest that helps them in the classroom. We’ve had lots of children making friendships who have previously struggled with that – which is so important, especially for mental health.’ So what the children do is by no means all that they learn out of doors. They learn to trust each other.

Perhaps the Missionaries of Africa were prophetic in sending us schoolboys into the woods on half-holidays. There would be one or two at least in July; the priest-teachers were probably as sick of lessons as we were, and whatever we may have fancied they were up to in our absence, they no doubt had meetings to discuss our progress and all the routine matters that arise in any school. But we were free for the day. Note the seven pound jam tins, blackened from being used to cook a shared meal on the open fire to the left.  Glamping this was not!

Fifty-odd years after this photograph captured the moment, I am in touch with three of the lads shown. That says something for the bonds built in the forest and other parts of our shared life. Perhaps the Missionaries of Africa were prophetic! 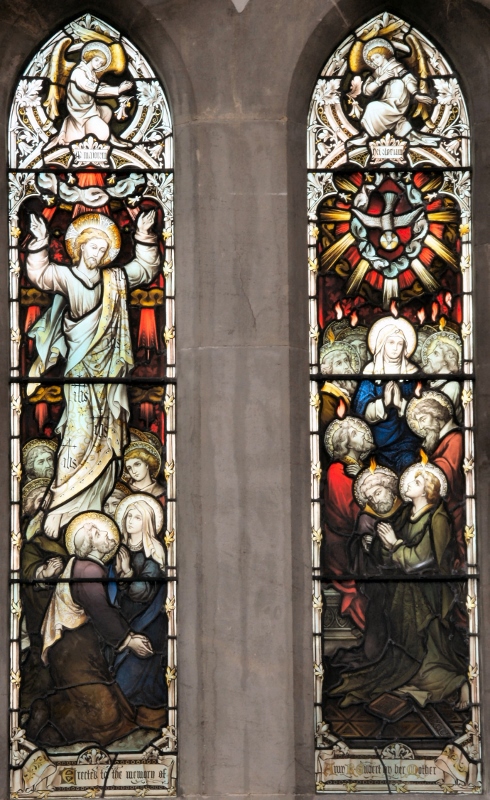 The prophets insisted that the Temple was the place of God’s presence, not just the national shrine of Israel or Judah. Before a stone could be laid upon a stone, Nathan was sent to forbid David from building a house for the Lord (2 Samuel 7). God wanted it clear that he was the one God, and not to be tamed like a Canaanite god by offering sacrifices to force blessings from his hand; nor was he open to trickery like Zeus, who was taken in by Prometheus’ theft of fire;[1] no, he was:

‘Exodus’ terrifying concept of unbearable beauty and power, God known in the thunderstorm on Mount Sinai, God who warns Aaron not to come within the Holy of Holies improperly dressed, lest he die.’[2]

This God sustained a Covenant relationship with Israel. He it was who took the initiative and sent down fire upon the landmark sacrifices of Abraham’s vigil or Elijah’s watch on Mount Carmel (Genesis 15; 1Kings 18). He would do the same for his fledgling Church at Pentecost, when the disciples were transformed, not destroyed, by fire (Acts 2:3); a few years later the fire of the Spirit was passed to Paul’s ordinand, Timothy, bringing him into the eternal life of the Trinity (2Timothy 1:6–11) .

May our light burn brightly so that our lives may point those we love and those we meet to that eternal life.

The builder’s dog is staying with us. After days of lethargy, he consented to two long walks today; perhaps the dry weather inspired his enthusiasm.

As the evening fell, gloriously gold in the West, he asked for another turn round the park. Sister Moon began to climb out of the cloud on the eastern horizon. The busy world was hardly hushed, traffic roared on all roads out of the city, but a Japanese student whipped out her phone and braced her arms to film the moonrise.

With no camera handy, I’ll treasure the moment on the inward eye and be thankful for a new creation before my eyes.

And tomorrow, Thursday, is Thanksgiving Day in America.

Writing in today’s i newspaper, Stefano Hatfield finishes an article on the celebration:

For … my health, my friends and family – and the fact that I could put a turkey on the table should I choose to – I give immeasurable thanks, certain that it’s got nothing whatsoever to do with any ‘beneficient Father’.

Who does he think his thanks should be directed to? I’m grateful to the builder’s dog for enabling me to enjoy this evening, but he did not arrange the heavens for the half-dozen or so people who, like me and the student, stopped to enjoy it! Nor did he give us the ability to enjoy it. So whom should we be grateful to? 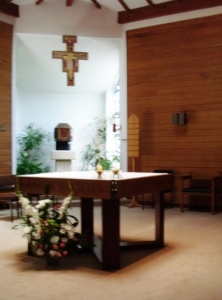 Even in a week-long series of thoughts, a quick tour of the place where I live, work and celebrate, I can quickly pick out incidents that call for a well-grounded relationship of prayer, taking me into the life of God. Each day I have identified some prickly experience, involving at times people who may need me to be very good at supportive insights, people who can only acquire healing if I am prepared to be prayerful.

This Chapel is to me a location bringing together a medley of song, gratitude, nourishment and silence. For many people, intimacy with the love of Christ has been deepened here. This happens through sensitive and liberating preachers, through liturgies drawing on gentle dance from India, uplifting chants from Africa, collages put together as a therapeutic project by the sabbatical students, newly composed hymns, and our regular gathering to pray the psalms in community.

We turn to the Lord for vision and peace here, young and old, individually or all together. We honestly bring him our search for meaning, and offer our lives, heart and soul.

Prayer is not just something I do for myself. I hold up to God glimpses I have had into tensions, fears, struggles, confusions, mistaken beliefs, depression and even despair, encountered in others. I ask for his light, to take me more sensitively into accord with those people’s inner worlds. I ask the Holy Spirit to show me gifts I should communicate. I ask to become a peace-maker.

On Not Taking Nothing for Granted.

Edward Thomas’s love of the natural world speaks to me, and his love of his children. Yet he was prone to depression and deep negativity. He was married and a father when he wrote:

I am alone. There is nothing else in my world but my dead heart and brain within me and the rain without.

Thomas would walk his moods off, or at least try to. Walking, and observing.

Another observer is Fr James Kurzynski, an astronomer, for whom the heavens proclaim the Lord. He repeats Paul’s challenge:

Where, O death, is your victory?

The whole post is worth reading more than once. Kurzynski reminds us that Jesus was alone in the Garden of Gethsemane and prayed out of his loneliness. He did not take Nothing for for granted, but wrestled with it, and the angels ministered to him.

Sometimes wrestling with Nothing may mean carrying on ‘as if’ – as if all is well. We may not be able to pray as Jesus did, we may find it tempting to turn away from the Father, but our walk might well be to our own Emmaus: a friend may walk with us, angels may minister to us. We may only recognise them later. (Luke 24) 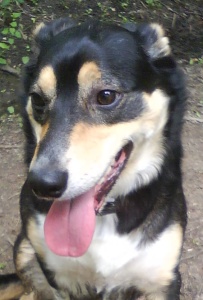 We count David as the human source of Christ’s Kingship. That sounds solemn. Even to be King of a scrap of a Kingdom – as Israel was then, in terms of population – is a heavy responsibility. Even to be father or mother of a family is a heavy responsibility, but we find time to play with our children  and discover that the burden can be light as well.

David danced in front of the Ark of the Covenant (2 Samuel 6) as it was processed into Jerusalem. Saul’s daughter Michal, watching from the window, was disgusted with his performance.

It is too easy to despise play, but I am convinced that creation is God at play. There was no need for any of it, it is all gift: gift from God to himself, gift from God to each one of his creatures. And so we are called to give to each other, and playing is one sure way of giving our talents to one another, of giving time to one another, and indeed of helping each other to discover the talents we have been given.

And perhaps the dogs who eat on the floor beneath our tables can also teach us something about playing; not just throwing sticks, but also throwing ourselves into our relationships with other people – and with God.