I wanted to share this section of it after yesterday’s visit to Korea and the ladies with Down’s syndrome who attended Mass by down-streaming. They still expressed their faith and devotion, most eloquently at Communion time.

What is a Down’s person worth in your view?

Some years ago I had the privilege of singing in a production of Handel’s Messiah. An alto in the choir had a son with Down’s, called Felix. Felix came to every rehearsal. Standing behind the conductor, he co-conducted vigorously. When the music was sad, he wept. When it was joyful, he was radiant. After the performance, he gave a noble speech to the choir, whom he addressed as his friends. I dare say each of us thereby felt ennobled.

I got to know Felix only slightly. Still I can say: he impressed me, taught me important lessons. The thought of Felix (whose name means ‘happy’) gives me joy. There are countries now, in the Western world, that no longer register any births of children with Down’s. This is presented as scientific progress. The Felixes of this world are unwanted, deemed encumbrances. Euthanasia, likewise, is spreading from country to country, advertised as a human right. Yet wherever euthanasia is available as choice, involuntary euthanasia is soon being practised. Underneath a surface of what can seem like impenetrable bureaucratic discourse, an existential combat is taking place.

Faced with such sinister developments, we have work to do. The pursuit of humility is not just a matter of devotion; it is about upholding the dignity of all human life, recognising ourselves among the weak and outcast, standing up for table fellowship. To be humble on these terms is not to be meek and mild; it requires courage, strength, and perseverance in the face of hostile opposition. We are to rise to this summons, strengthened by the food of immortality. May we not be found unworthy of Christ’s example and sacrifice.

Our third article celebrating Saints Peter and Paul is part of a reflection on his own lived-out vocation from Bishop Edward K Braxton, bishop emeritus of Belleville, Illinois. The whole reflection can be found here, on the National Catholic Reporter website. His book is available from on-line booksellers.

Bear in mind that Peter and Paul were leaders of the early church who took the Good News to all peoples, and who called people of every race to serve the church according to their gifts. See 1 Corinthians 12.

My primary goal was to serve the people of God as a good and faithful priest, and bishop, and to build up the church by helping people to grow in their Catholic identity and education. A phrase I use almost every time I visited a parish was the phrase: “Learn your faith, love your faith, live your faith.” And within that context, part of learning your faith is learning about the dignity and value of every human person, which within that addresses racial prejudice, racism, the dignity, the value of unborn life, the value of the life of a person on death row. If you are doing that, you will see that your faith impels you not to support bias and prejudice or racism.

If you want to invite people of colour into the world of the church, couldn’t some part of it look like them? Yet I am not advocating that you go into churches built by German immigrants and take black paint and spray it all over the saints and angels. I am not proposing anything as simple as that. But there is a reason I chose the cover of my book myself. I wanted to show an Afrocentric Jesus washing the feet of an Afrocentric Peter.

26 April: Who should not live?

It makes no sense that having Down’s syndrome is considered reason enough for an unborn child to be aborted. Not if you know one or two people with Down’s; and as Adam Rutherford reminds us:

None of the worst crimes of humanity … was perpetrated by people with Down’s syndrome … If we truly wanted to reduce the sum total of human suffering then we should eradicate the powerful, for wars are fought by people but started by leaders.

Was Elizabeth’s pregnancy planned? The idea of an old couple, an old childless couple, planning a pregnancy sounds crazy, but of course it was not their idea, Someone Else had planned it, they had to make His plan their own.

Zachary’s mutism was perhaps a gift, not a punishment; time to reflect, writing the essentials on a clay tablet, time for patience. Did he need nine months of patience after all those years of waiting, of prayer, of resignation? Perhaps he did. This time he had the promise visibly being fulfilled in Elizabeth’s swelling womb; she herself was filled with joyful acceptance and sang when her cousin appeared, complete with her own unlooked-for but now expected little one.

Zachary it was who had the task of telling everyone the name of his son: his loss of speech seems to have led his neighbours to believe he had lost his mind as well. John was certainly a gift for his parents, but also a gift for the people of Israel.  But caring for his parents in old age? No: the child grew, and waxed strong in spirit, and was in the deserts till the day of his shewing unto Israel. (Luke 2.80)

God used Angels to take the Good News of John and Jesus to their parents, parents who were together and who loved and supported each other. But sometimes pregnancy can seem like a disaster, not a gift. I’d like to share these words of Susannah Black which are from the transcript of a discussion with Paul Mommsen and Zito Madu at The PloughCast. Ms Black is exploring some of what being pro-life means, and trying to get away from the discussion being focused on the right of the mother versus the right of the unborn.

Tap on the link for the full transcript.

One of the transformations of ways that I’ve gone about being pro-life has been to move from a discussion of the right to life, away from that and away from a rights-based discussion to just like, “What is the good here? Is there a good in the existence of human beings? Is there a good in a human baby however and wherever, whether or not that baby was planned and is that a good that we can do our best to make room for?”

13 November: Should Stevenson ever have been born?

This follows on from Robert Browning’s courting of Elizabeth Barrett, an invalid likely to produce an invalid child. On the other hand, had there been testing for potential diseases and disabilities, would – should – Robert Louis Stevenson have been allowed to live? Chesterton knew his answer. (RLS was born this day in 1850)

What is the good of telling people that if they marry for love, they may be punished by being the parents of Keats or the parents of Stevenson? Keats died young; but he had more pleasure in a minute than a Eugenist gets in a month. Stevenson had lung-trouble; and it may, for all I know, have been perceptible to the Eugenic eye even a generation before. But who would perform that illegal operation: the stopping of Stevenson?

Intercepting a letter bursting with good news, confiscating a hamper full of presents and prizes, pouring torrents of intoxicating wine into the sea, all this is a faint approximation for the Eugenic inaction of the ancestors of Stevenson. This, however, is not the essential point; with Stevenson it is not merely a case of the pleasure we get, but of the pleasure he got. If he had died without writing a line, he would have had more red-hot joy than is given to most men. Shall I say of him, to whom I owe so much, let the day perish wherein he was born? Shall I pray that the stars of the twilight thereof be dark and it be not numbered among the days of the year, because it shut not up the doors of his mother’s womb? I respectfully decline; like Job, I will put my hand upon my mouth.

from “Eugenics and Other Evils” by Gilbert Keith Chesterton.

GKC took the writers Keats and Stevenson as examples of the unhealthy humans that the Eugenicists of his day would have aborted but it was illegal. As for today … I only have to think of our bridesmaids, now departed, who lived a full life with Down’s syndrome, to know how wrong it would have been to prevent their birth; and also the men who were locked away in ‘subnormality hospitals’, yet came out and contributed greatly to the founding of L’Arche Kent.

Stevenson, author of Treasure Island and much more, after years of illness and travelling to find a cure for his lung condition, died in Samoa aged 44 in 1894, where he was buried with this epitaph:

September 2: L’Arche and Care VII -The roots of L’Arche. 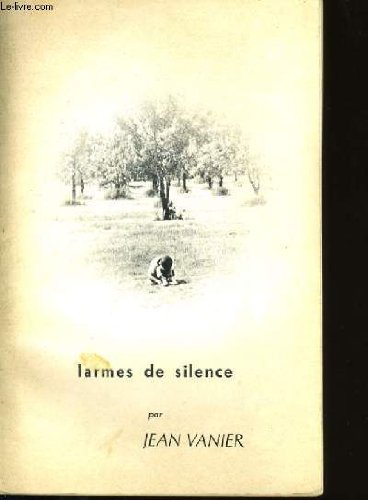 Jean Vanier’s Tears of Silence (DLT, 1973) is the earliest book about L’Arche that I know, As an appendix he has a speech given at Church House in 1972, from which this is an extract.

This is the problem. We have created a society that rejects the weak. This is a terrible indictment of any society. It is a wonderful thing when you put your arms out in a welcoming attitude to a handicapped person; then something happens: his eyes begin to believe and his heart begins to dance and he begins in some way to become our teacher. . .

I begin to discover something: that this wounded person, a distorted face, a crippled hand, that the way the handicapped person looks at me, approaches me – all this does something to me, the wounded person calls me forth. And being called forth, I discover that I can bring him up some tiny little way.

The vocabulary has changed over forty years, but the message is clear. And although big subnormality hospitals are largely consigned to history, our society still rejects the weak, to the extent that parents will be put under tremendous pressure to abort a baby known to have Down’s syndrome.

(Tears of Silence is on sale in French and English through Abe Books.)