‘They are French apricots today, and very good and juicy, so much better than the Spanish,’ said the stallholder in Canterbury market. I bought a pound – half a kilo – and she wrapped them in a brown paper bag.

As I said, ‘Thank you,’ the confluence of the warm sunshine, the brightly coloured fruit, the French text printed on the cardboard trays, the brown paper bag and the swing with which the lady sealed it with a twist, all together transported me back half a century. Almost without thinking I went on: ‘I remember when I was young, walking and hitch-hiking across France to visit a friend. I bought a kilo of apricots and a bottle of water, they kept me going through the mountains.’

‘You would remember that!’ she smiled: I did indeed.

Clement and I were in a group sharing an apartment in the seminary, and he was about to be ordained a missionary priest, I was summoning the courage to depart gracefully, but also to share the joy of his ordination. I was coming to the Massif Central from another ordination in Switzerland, travelling cross-country, a challenge then in France.

I hitched a lift to the border on a quiet road, and it was getting dark when I came upon a railway station that offered a slow train to the South Coast. En marche! as they say. I sat in a pull-down seat in the corridor, wrapped in a blanket, and slept fitfully as the kilometres went by. At Nîmes I slept on a bench until morning. The first bus in my direction was going as far as Alès, a market town, where I bought my kilo of apricots and walked on.

Lifts were few and far between but soon I was in the mountains under the blazing sun, eating my way through the apricots and replenishing the water bottle from wayside springs.

I met a cart drawn by two oxen, going the wrong way for me.

I kept on walking, accepting lifts of one or two kilometres until the bus from the morning overtook me, stopped and took me into Marvejols. The driver’s return journey began from there, but his drive from Alès was off timetable so I had a good ride for free. We shared the last apricots. 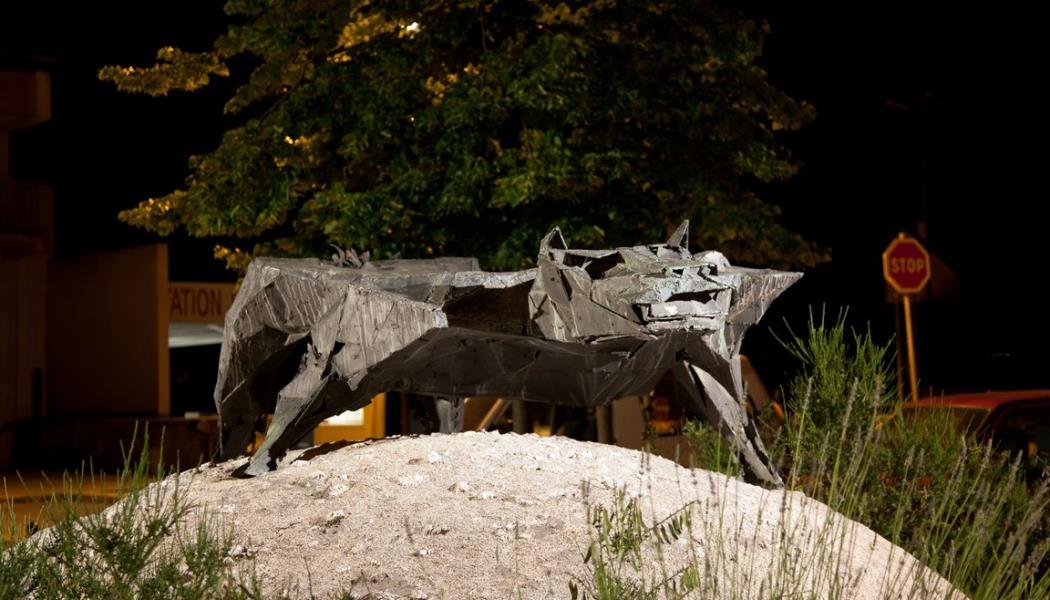 The driver showed me the famous statue of the Beast of Gevaudan, a man-eating monster from the time of Louis XV; he also showed me the road to my friend’s village where my arrival in a passing car was greeted by Clement’s family with congratulations and a warm welcome. A day later, two friends of his offered a lift to Paris which I gladly accepted.

This month Clement is celebrating his 50 years as a missionary priest.
Let’s give thanks for his faithful service in all that time, and pray that the Synod will point us to ways in which we may all become missionaries, steadfast in the heat of the day, on the hard road; ready to share what we have: apricots, a lift, or the Good News.

Today, Mrs T is gathering damaged apricots from our tree to make jam to share at Christmas time. The BEST apricot jam.