As I wrote the date today – it was six months ago today that we were all together celebrating Christmas, singing carols together, and for me one of the highlights of the year is Midnight Mass – something so special with all the candles and that sense of celebration after the waiting and preparation of Advent – and the flowers! For some who are isolating that might have been the last time they saw family and friends; if it hadn’t been our visit to see our son in Manchester in February, the last time he was down was Christmas last year, and certainly when we saw any of our extended family, as I am sure it is for many … and for so many across our country, and around the world, Christmas this year will be without a loved one. I do wonder what it will be like this year – I do hope we are allowed to sing by then!!
When we lived in Faversham, there was a board I passed every day that said “Christ is not just for Christmas, but there all year” . This is so true, we have Christ with us as a real and living presence 24/7; Rev Mark spoke about this in Sunday’s sermon (on website), from the passage from Romans 6:1-11, in our baptism we die with Christ to be born again with Christ – a new creation; that is why sometime a font is referred to as a womb (in the Roman liturgy the font is designated the “uterus ecclesiae,” ) – when a baby is born, it emerges from the waters of the womb, and wrapped in a blanket – when the person who has been baptised ‘comes up out of the water’ – or usually water poured over the head these days, though many do’ especially in the Baptist church, have full immersion. In the liturgy today, the baby is wrapped in a white blanket immediately after having water poured, with the words “you have been clothed with Christ. As many who have been baptized into Christ have put on Christ”; with an adult I use a white scarf.

The Roman font at Milan, where St Ambrose baptised St Augustine and his son Adeodatus by immersion, Easter 387.

January 9: The Virtue of Temperance, III: Temperance and Moderation. 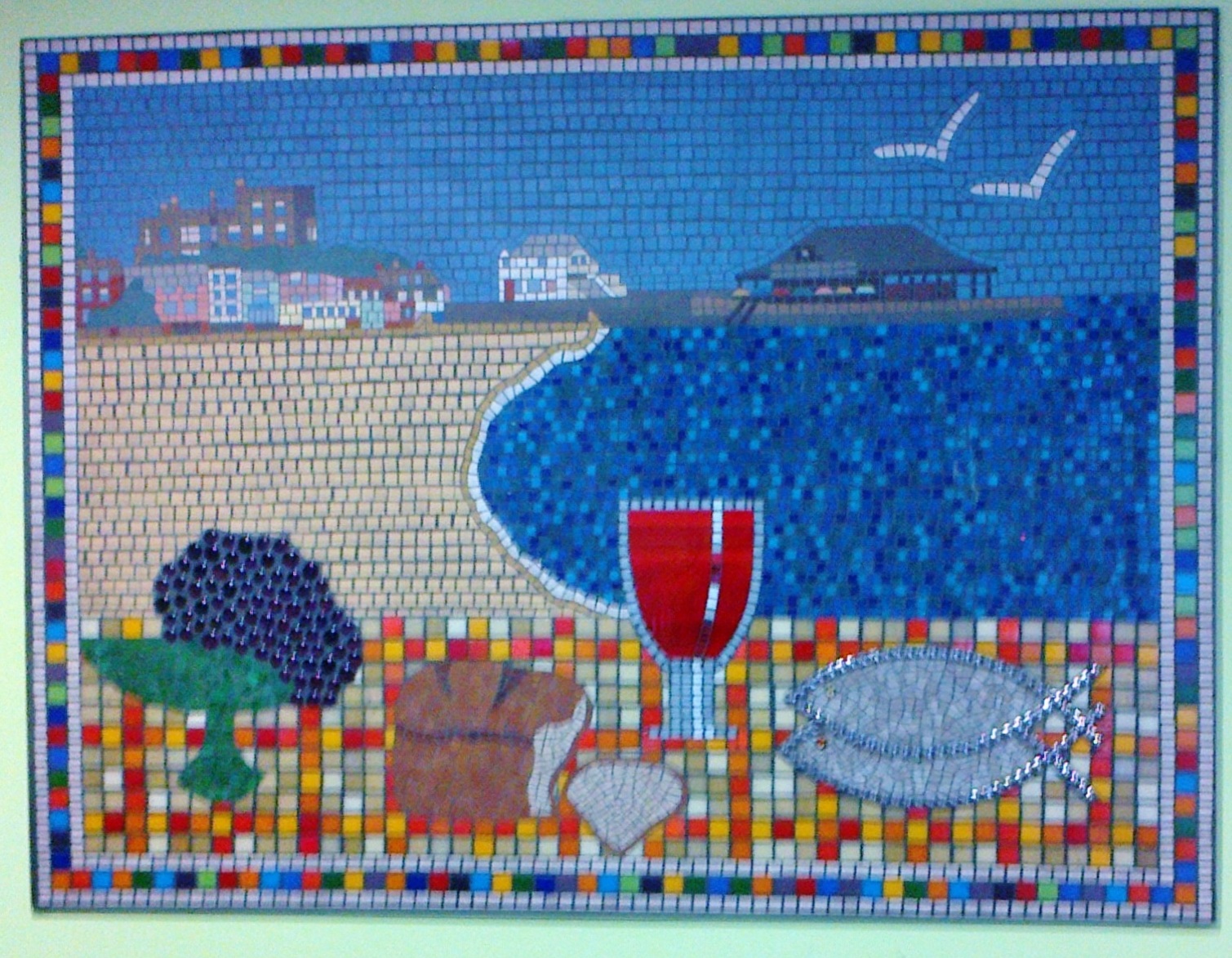 One of the words St Thomas Aquinas uses to speak about temperance is moderation. For St. Thomas, moderation is concerned with that place between the extremes of too much and too little. It is a ‘place’ that is not always easy to find because it requires us to make use of our reason – an extremely important notion for St. Thomas in his understanding of the human person. He emphasises repeatedly that the human being is a rational animal. In saying this he wants us to understand that as ‘animals’ we do some of the things animals do. But as rational beings, we have the capacity – indeed, it is an ontological imperative – to order our ‘animal’ life according to principles and values that mere animals cannot begin to understand.

Yet, our capacity to order our life according to the ‘good of reason’ is somewhat weak, because we are ‘fallen’ through original sin. The integrity of our being is affected, and there are times when our emotions and bodily instincts are apt to clamour for what is not truly good for us. We love pleasures of all sorts, and they are often what lead us astray. We are especially attracted to the pleasures involved with food and sex.

The pleasures of food and sex fulfil our bodily existence, and enable us to continue as a species. So far so good. The trouble is that they seem to suggest that we will be made happy by pursuing these pleasures to the exclusion of all else. But pleasures can deceive. If we follow the path of pleasure in an immoderate way, we will soon experience all the misery that comes from addictive behaviour – for the bodily appetites, if unchecked, simply cry out for more and more pleasure while these same pleasures simultaneously deliver less and less of the very pleasure they seem to promise. This kind of problem simply goes with the package of our fallen human nature. No one escapes it; we must all grapple with it. Temperance, understood as the capacity to moderate the requirements of our physical life in accord with the good of reason, is the virtue that is concerned with these matters.

We were in Broadstairs, my student, his mother and me. We needed to investigate the journey from home to the college he might be joining, a train ride and a walk onto unfamiliar territory for my student, who can find the unfamiliar challenging. But we were at our destination before he knew it.

On Queen’s Road where once I worked for two years, I found myself on unfamiliar territory. The Baptist Church Hall where Gill and I and our team had taught school drop-outs had disappeared, replaced by a lovely new building with a community café on the ground floor. In we went as it looked warm and by no means noisy.

A wise choice! There was time only for a welcome tea and slice of cake, but we warmed up (this was in January) and looked around. One waitress had learning disabilities but was coping fine under discreet supervision. Some of the customers clearly knew each other well, and were enjoying their meals and each other’s company.

This mosaic hangs on the wall of the café. It brings Broadstairs, represented by the beach, the harbour buildings and the houses, to the Lord, around his table: not a church table with a white cloth but a coloured, patterned one. Bread and fishes from the harbour; bread and wine: everyday fare made special by His sharing, by our sharing with him.

21 March: Where she may lay her young.

As we crossed the cloister at the Baptist College in Manchester, Luther King House, we heard a chuckle from the top of a leafless tree. A pair of magpies were building their nest in a fork of the upper branches. The structure was at an early stage, just a few twigs, but if they decide to finish the nest it will have a dome and provide good shelter for the young ‘pies as they grow quickly into adulthood.

the sparrow hath found an house, and the swallow a nest for herself, where she may lay her young, even thine altars, O LORD of hosts, my King, and my God.

It was Mrs T who made the connection that it was Valentine’s Day, the day the birds are said to marry.

There was a blackbird’s nest on top of a short brick pillar along the cloister. That hen bird must have found her place just above head level on this busy, sheltered corridor to be very safe.

In nearby Whitworth Park we saw parakeets who clearly considered themselves wild members of the local fauna. We’re used to them in Kent but did not expect to spot them so far North!