The cherry trees bend over and are shedding
On the old road where all that passed are dead,
Their petals, strewing the grass as for a wedding
This early May morn when there is none to wed.

This is a war poem. All Edward Thomas’s poems were written with the Great War in the background, here we have loaded words, shedding, dead, followed by the hammer blow, ‘There is none to wed.’ The men were gone to war, as he was going, never to return.

The cherry trees in Thomas’s day would have been like these, with sheep, swine or geese grazing under them. The fruit would have been picked using a wooden ladder, tapering at the top to get between branches, but you could walk between and beneath the trees. The orchard is a fortnight or so before its flowering time, but the ornamental cherry at Saint Mildred’s, Canterbury, was shedding petals this week, strewing the grass.

No weddings this May, due to the corona virus. Edward Thomas could have been writing for us but his wife Helen was an appreciative reader, saying proudly that he found beauty where other people could not see it.

On this VE Day let’s pray for eyes to see the flowers of the field in all their divine glory. Let’s be thankful for all that has been done, these past 75 years, to bring peace to Europe, reconciling former enemies, and over the last 30 years, remedying some of the harm done by the Iron Curtain. Let us pray that peace and understanding will continue growing despite the setbacks of recent times. 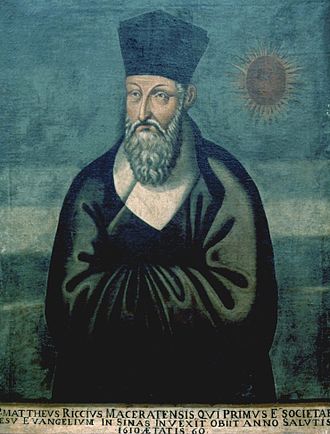 For this month of March, Pope Francis asks us to pray for the Church in China.

We pray that the Church in China may persevere in its faithfulness to the Gospel and grow in unity.

Although Christianity has existed in China since the first Millennium, it was The Jesuit Matteo Ricci who most famously began missionary work in Imperial Beijing in the 16th and 17th Centuries. Other missionaries followed, including the Columbans who were among those deported by the Communist regime in 1949. They now have new links with the country which you can read about in their Far East Magazine.

For a comprehensive picture of the desert of persecution endured by the Christians of China, this report from Aid to the Church in need makes for sobering Lenten reading.

We pray that the Church in China may persevere in its faithfulness to the Gospel and grow in unity. Lord in your Mercy: hear our prayer.

Fr Neil Magill is a Columban Missionary. In his office in Taiwan he placed posters on the wall with quotations from Pope John Paul II’s Encyclical: On Human Work. The police demanded that they be removed as “subversive and leading to communism”.  (Try telling that to John Paul II, the champion against Communism!)

For one anxious year he received many anonymous phone calls, often in the middle of the night, telling him to leave Taiwan. On St Patrick’s Day 1989, Neil was lured to the local police station on the assurance that his new visa was ready for collection. On arrival there he was grabbed by a number of policemen who rushed him to the airport and bundled him on to a commercial ﬂight for Hong Kong. All he had with him at the time were the clothes he was wearing. The Church authorities were shocked, angry and embarrassed because they were being publicly attacked by politicians as news of Neil’s expulsion was being broadcast all over the world.

Two days later, at the ﬁrst news conference ever held by the Catholic hierarchy in Taiwan, ﬁve of the island’s bishops defended Neil’s apostolate. “Jesus responded to social problems”, they said, “and the Church must do what he did”. In an open letter 67 eminent scholars claimed that the government had abused its authority. For the ﬁrst time ever workers demonstrated on the streets against the government. Meanwhile, Neil was welcomed back to Ireland by his aged parents, and over the following ten years he became the Justice and Peace coordinator of the Irish Region, the Vice-Director and the Director. Then at the Columban Chapter of the year 2000, he was elected Vicar-General of the Society.

In the national elections of the year 2000 in Taiwan, the Democratic Progressive Party took power from the Kuomintang for the ﬁrst time in ﬁfty years. The new President Chen Shui-bian, a lawyer by profession, who had also been imprisoned by the previous government, talked of his vision for greater democracy and better conditions for workers in Taiwan. He invited Neil to return to Taiwan, paid all his expenses and twice apologised for the treatment Neil had received from the previous government. He also gave Neil £1,000 spending money while he was in the country. This money Neil donated to voluntary groups working with the poor.

The Columban commitment to migrant workers has continued in Taiwan. Meanwhile, Neil has found a new mission in Myanmar where he runs courses in Justice and Peace for lay leaders.

From an article in Far East magazine by Fr Cyril Lovett, September-October 2018.

Please use link below and scroll down to ‘Past Issues’ where you can download the September/ October 2018 edition of the Far East:

It’s Saturday, it’s summertime in Europe, it’s a good day for a picnic.

A very good day for a picnic. On this day in 1989 there occurred a mass picnic on the border between the then communist Hungary and democratic Austria. It became known as the Pan-European picnic because the two neighbours agreed to open their borders, allowing citizens of Western and Communist nations to cross borders and mingle without let or hindrance.

Many East Germans took advantage of the open border to leave for West Germany as the border between Hungary and Austria remained open.

Within a few months the Iron Curtain, as it was known, no longer cut Germany in half; many other nations also fulfilled their citizens desire to leave the communist bloc.

It wasn’t all because of the picnic, but that helped maintain momentum for change, thanks to politicians in Austria, Germany and Hungary, and to many brave, ordinary people.

And as you enjoy your picnic, thank God for the freedom to do so.

World Youth Day Pilgrims about to enjoy a picnic in the Tatra Mountains, Zakopane, Poland. MMB 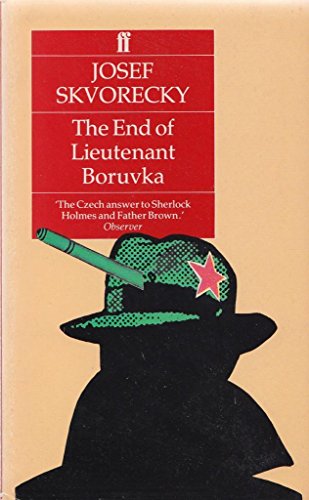 We are told that we are living in a ‘post-truth age’. The President of the United States has his staff put out alternative facts – or lies – when the verifiable truth is uncomfortable. Climate change is a conspiracy theory. The Muslims (en masse) are out to get us. A referendum is held, lies are told, 37% of people vote to leave the EU – but the people have spoken, although those living overseas could not vote, any more than Scots living in England were able to vote in the Scottish Independence Referendum.

1968, Czechoslovakia. The half-million strong, Russian-led Warsaw pact armies invaded to put down the Prague Spring. 18 months ago we briefly remembered that event and the Velvet Revolution that followed, before 1968 was forgotten, bringing freedom to millions. Click on  Wenceslas .

1968 – 1989 was an era of post-truth in Czechoslovakia following the “Entry of the Fraternal Armies Rendering Brotherly Help to the Czechs and Slovaks”. Jews are Zionists who want to turn the clock back and have no regard for the historical role of the working class. It is a crime to leave the country: if you do so, your family will suffer. A professor may find himself swinging a pickaxe for revisionist crimes. Others might be executed as political criminals. A policeman almost imperceptibly sinks into the grey, sad world of a class warfare he has never really believed in. Crimes his team have solved go unpunished because they are committed by people with connections.

I had never read any of Josef Skvorecky’s books till I picked up The End of Lieutenant Boruvka in a charity shop. I will be seeking out more of them. The short stories flow gently on, leading us into ever greater collusion with evil, crises of conscience sliding past as dear ones are protected, blackmail is applied.

Is there redemption? It often looks bleak for Lieutenant Boruvka, who is often hemmed in, with little choice over what to do with the results of his investigations. Find this book and read it, and pray for perseverance in seeking out and telling the truth, and in forming and following your conscience.

I looked at my watch, just 6.15 am. I rose drowsily from my bed. My brain was telling me I had some important things to do. The jet engines on the test beds were roaring. I went to the briefing room where we were informed by a very smart young Flight Lieutenant that we would be taking off at 7.30 am to carry out practice interceptions with an American squadron under the direction of an American Flight Controller. I would be flying with a very experienced, rather aristocratic, Polish pilot, Zak Jublonski with whom I had got on pretty well since I joined this unit six weeks before.

This attempt to turn me into an air navigator was an interesting change which I welcomed after spending the previous twelve months as an education officer at a recruit training centre on the Welsh Border. Although earlier in my service career I had resisted attempts to turn me into a flyer, notwithstanding blandishments about promotion and more money. So far everything had gone quite well and I relished being treated with the respect a flyer gets, albeit only an embryo one. We went for a very light breakfast, then for a medical and a check to ensure we had not broken the ban on alcohol from yesterday lunchtime.

This was my sixth training flight and I had passed all my air tests so far and was doing pretty well on my navigation theory which I enjoyed.

Zak and I strolled out to inspect our Meteor night fighter NF11. These were quite old aircraft and were due to be replaced soon. I knew that Zak would inspect everything very thoroughly.

A flight sergeant appeared and handed Zak a file. ‘All present and correct Sir. But she’s not armed up.’

‘No ammunition or no staff?’ Quipped Zak.

‘Well as a matter of fact it’s both Sir.’

‘I think the C/O must keep the ammunition locked up in his desk’, said Zak.

I recalled his words the last time we flew a proper patrol: ‘Remember it costs £623 8.6 when you fire a ten second burst to clear your guns’.

‘What are we fighter pilots or accountants?’

How on earth does a King become a Saint? It seems to me the least likely position from which a man might attain salvation, which probably says more about me than about Wenceslas, whose equestrian statue appears in so many photographs of the Prague Spring and the Velvet Revolution that eventually brought down the Communist Regime in 1989 -1990.

By Lklundin (Own work) [CC BY-SA 4.0 (http://creativecommons.org/licenses/by-sa/4.0)%5D, via Wikimedia Commons

Which we treasure beyond measure,

Is the sense of satisfaction that our duty has been done.

With his statue the focus for demonstrations large and small, Wenceslas seems to have been doing his duty by his people centuries after his death. Perhaps this bears out the prophecy that he would return to lead his people in their hour of greatest need. Though Wenceslas spent much of his life fighting, his people in the 20th Century worked peacefully together and freed their country from Soviet oppression.