Another post from the Preda foundation in the Philippines. Father Shay Cullen shares this photo; it’s clear that there need be no conflict between looking after the environment and for the best interests of the human beings who live and work there, including those on the margins, not least these former prisoners. Laudato Si!

There are 3,958  Mango saplings ready for  sharing to the Aeta communities  for planting on  denuded hillsides in Zambales Philippines.

The rich elite cut the rain forest, deprived thousands of species their habitat and the Aeta people also.

They now are subsistent hill farmers and Mango is an important annual income bought by Preda fair trade for mango puree.

Here in the photo Preda boys rescued from jails help in the planting.

Learn more about the Preda foundation.

19 September: Z is for the Zoo 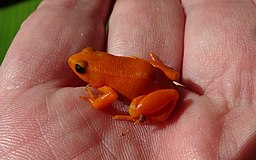 But Chester Zoo had Komodo dragons. They were the main attraction in his eyes.

I preferred the smaller fry, like this little poisonous golden mantella frog from Madagascar, threatened with imminent extinction in the wild. Captive breeding in the zoo goes hand in hand with similar projects at home in Madagascar, and conservation of their habitat before all the trees are felled.

The Zoo remind us that:

NOW is the time to ACT FOR WILDLIFE. Conservation is CRITICAL; species are under threat. TOGETHER we can make a BIG difference.

Now, in Autumn, is the time to dig out a pond if your garden will take one; plant a tree or two, hang up a bird box or bug hotel. The birds may well roost in the box overwinter and spiders or insects will snooze through the winter in their comfortable guest house.

It’s a start. This comes down to the Franciscan love of creation which goes with love of the Creator. Each of us can do something; together it all adds up.

As Saint Francis and Pope Francis would say, Laudato Si!  But don’t just praise God in words, try changing a square metre of earth for the better.