This story appeared in the Independent Catholic News. For the full text see the link.

A flyer popped through our door offering help if we were isolated, elderly or lonely. We are not, but I was incredibly touched by the kindness of the two strangers who gave their phone numbers to contact should we need them. I texted to thank them for their care and concern.

In the face of disaster, uncertainty and, for some despair, there is charity, unconditional love and hope. Wouldn’t it be wonderful if this initiative carried on once life gets back to normality – communities pulling together and looking out for the most vulnerable in their midst. Scrolling through the link my ‘angels’ sent me, the local help group had offers of shopping, gardening, dog walking and students whose courses were now cancelled who wanted to help with children off school – so many different people volunteering for one or two streets’ worth of help.

Yesterday I discovered a host of angels in my community and now I know their names. 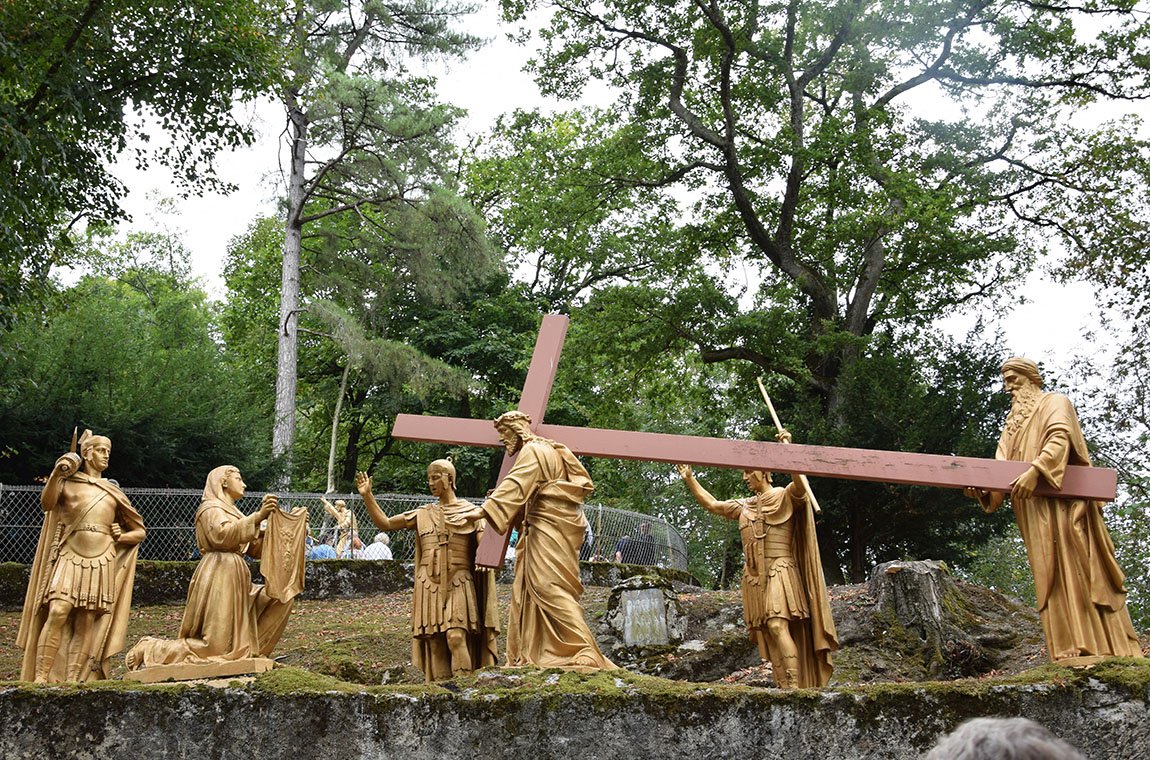 The diocese of Clifton is based in Bristol, England, but right now a party from there are on pilgrimage to Lourdes. For anyone who would like to be there but can’t, try this link for a  virtual pilgrimage. Thanks to Independent  Catholic News for the link.

Interruption: Franciscans and Muslims come together in Pakistan.

This morning’s Independent Catholic News has a story from FIDES about the start of a year of dialogue in Pakistan between Muslim and Franciscan scholars to mark 800 years since Saint Francis went to meet the Sultan during the Crusades. Working for peace is still part of the Franciscan vocation.

PS: Independent Catholic News is well worth subscribing to. Follow the link and you’ll see why! WT.

Archbishop Welby’s vision of a catholic Europe in the 21st century.

The Archbishop of Canterbury has been awarded an honorary doctorate by the Institut Catholique de Paris. He concluded his address in these challenging words:

These can be the building blocks for a vision of a catholic Europe in the 21st century. One that is unwaveringly committed to the common good and to the
flourishing of all.

We urge you to read the full text which you can find at Independent Catholic News, here.

October 22: Their cross is yours

You have made an altar

out of the deck of the lost

It is the dead refugees in the Mediterranean that these lines bring to mind, long after R.S. Thomas wrote them.

We see God making an altar, not Abel, Abraham, or Moses. John Paul II wrote of the ‘altar of the world’ on which sacrifice is unceasingly offered. Here, where the boat foundered on the rocks, is Calvary, not just for the crew and their beloved, but for Christ. He accepts the tarnished offerings of their lives, (tarnished because all are sinners): their cross is made to fit him, their brother.

A cross to remember Christ by need not be golden (see Wednesday’s post): this report and photo come from Independent Catholic News, ICN, 20.12.15 . Thanks to the editor, Jo Siedlecka.

A stark cross, made from the wreckage of a boat that that sank in the Mediterranean in 2013, drowning hundreds of refugees, was the final acquisition made by the British Museum on Neil MacGregor’s last day as Director, on Friday, 18 December 2015.

The cross was made by Mr Francesco Tuccio, a carpenter who lives and works on the island. It is made from parts of a boat that sank near Lampedusa on 3 October 2013, carrying refugees. 500 people were on board when the overcrowded boat caught fire, capsized and sank. Only 151 survived. Some of the survivors were Eritrean Christians, fleeing persecution in their home country. Mr Tuccio met some of them in his church of San Gerlando and frustrated by his inability to make any difference to their plight, he went and collected some of the timber from the wreckage and made each of them a cross to reflect their salvation and as a symbol of hope for the future.

On request Mr Tuccio also made a cross which was carried by Pope Francis at the memorial service for the survivors. The British Museum heard about the crosses and contacted Mr Tuccio to see if it could acquire one for the collection. Mr Tuccio made and donated this cross to the collection as a symbol of the suffering and hope of our times. When the museum thanked him he wrote: “it is I who should thank you for drawing attention to the burden symbolized by this small piece of wood.”

In a statement, the Museum said: “It is essential that the Museum continues to collect objects that reflect contemporary culture in order to ensure the collection remains dynamic and reflects the world as it is. The Lampedusa disaster was one of the first examples of the terrible tragedies that have befallen refugees/migrants as they seek to cross from Africa into Europe. The cross allows the Museum to represent these events in a physical object so that in 10, 50,100 years’ time this latest migration can be reflected in a collection which tells the stories of multiple migrations across millennia.

Neil MacGregor said: “This simple yet moving object is a poignant gift to the collection. Mr Tuccio’s generosity will allow all visitors to the Museum to reflect on this significant moment in the history of Europe, a great migration which may change the way we understand our continent. In my time at the Museum we have acquired many wonderful objects, from the grand to the humble, but all have sought to shine a light on the needs and hopes that all human beings share. All have enabled the Museum to fulfil the purpose for which it was set up: to be a Museum of the world and for the world, now and well into the future.”

The Cross given to Pope Francis can be seen in this video .

Interruption: News of Franciscans in Syria.

Allow me to share this story published by Independent Catholic News, which tells a little of what Franciscans and others are doing in Aleppo despite the fighting.

I have copied this story from the Independent Catholic News website because it shows how trust can grow from small seeds, growing where the Lord sows. ICN is always worth a visit!

We talk about ‘playing’ a musical instrument, using the same word as for a children’s game. The evolutionary biologists would tell us that play in animals, including humans, has survival value: for the individual, for the pack or family, and for the species as a whole. Players need to know that their play partner or opponent is friendly, even when what the game looks aggressive. They also need to learn how to temper their playful aggression: nipping gently, not biting, for example. All that makes sense.

But music? We know that birds use it assertively to define their territory, though to my ear a well-tuned, innovative song thrush takes his singing a step further than ever he needs to.

Human music seems to be another gratuitous gift. The variety today is beyond measure, but so much of what was played before us is forever lost, no recordings, not a written note from so many of our ancestors.

The act of playing depends on so many other people: woodcutter, instrument maker, electrician,  composer, architect, hall cleaner, printer … the list goes on, whatever genre of music. And how it can move us! And it needs to be practised, solo and in a group. How many groups started as friends, playing – the operative word here in many ways – at school or in each other’s homes?

I leave you with a spine-tingling moment as L’Arche communities from around Britain and Europe entered Canterbury Cathedral last summer for their 40th Birthday bash. I was glad to be there!

For animals, in particular dogs at play: John Bradshaw, In Defence of Dogs, Penguin, 2012, pp202ff.