25 January: Week of Prayer for Christian Unity. Day 8: The Lord is my light and my salvation 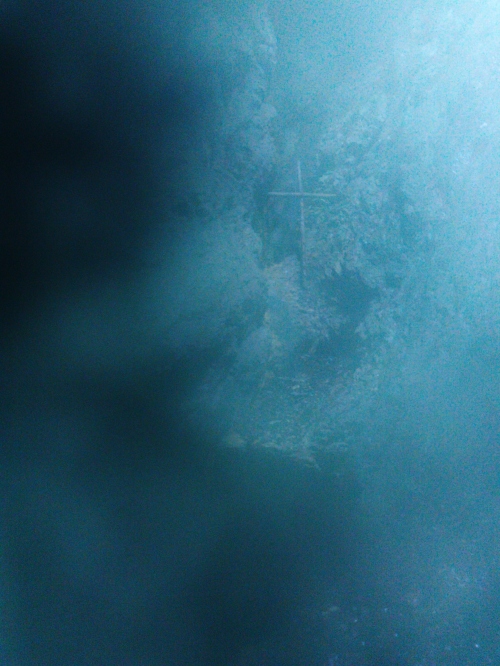 The Lord is my light and my salvation (Psalm 27:1)

Over the past eight days the churches of Indonesia have helped us consider difficult situations facing the world. Many of these have raised questions of justice. The Church has been complicit in many instances of injustice and, through that complicity, we have damaged our unity and diminished the effectiveness of our witness to the world. Christians gather for common prayer, professing common faith and to listen for God’s voice. Although the many injustices wound us, we do not lose hope, but are called to action. The Lord is our light and salvation, the stronghold of our lives. We do not fear.

Forgive us how we’ve devalued you:

‘We live in hope’ and yet don’t hope to live,

‘Hope so’, when we have none in our hearts.

Show us who you really are:

disturb the deathly ease of our despair

and give us the courage to embrace your pain:

impudent in the face of hate,

daring to resist the entropy of division.

Goad us to take up that felon’s cross

we praise you for your loving kindness.

Uphold us when we are about to give up,

show us your light when all around seems dark.

Transform our lives that we may bring hope to others.

Help us to live united in our diversity as a witness to your communion,

one God now and forever. Amen.

Generate hope by sharing your actions and prayers for justice on the CTBI prayer wall using the #wpcuwall hashtag on Twitter and visit http://www.weekofprayer.org to see the actions others have taken.

22 January: Week of Prayer for Christian Unity Day 5: Good news to the poor.

The prophet Amos criticized traders who practiced deceit and exploited the poor. God, who sides with the victims of injustice, will not forget such wrongdoing. In a globalized world, such marginalization, exploitation and injustice is rampant. The gap between rich and poor is becoming wider. Economic demands become the deciding factor in our relationships and the demands of justice are more and more pushed to the side-lines. Christians are called to challenge the prevailing attitudes and to work for justice.

I’ll believe it when I see it!

I’ve heard it all before!

‘Things can only get better’

Promises of something new!

They are just bus-slogans when the poor remain poor,

the vulnerable abused and no-one speaks out!

Do you think I can jump up and dance

when my hands and feet are made heavy with the anger from broken promises?

And so I stare at you, because to stare is all I can do.

rising up against power,

overturning the tables down the road in the big city,

going the whole way with us,

not departing when things get too tough,

even when the suffering becomes too great to endure,

this would truly be something new.

It would be good news fulfilled.

Then I could be tempted to trust one more time.

God, the bringer of good news,

forgive our lust for power

and free us from the temptation to oppress others.

Instil in us the determination

to see your good news made real in us and those around us,

as we share in the mission of your Son Jesus

to fulfil your promise of freedom from poverty and oppression.

We pray in his name. Amen.

The World Economic Forum meets from 22nd – 25th January 2019 in Davos, coinciding with the Week of Prayer for Christian Unity. This moment highlights the extreme disunity and inequality across the world. 42 people own the same wealth as the poorest 50 percent (Oxfam 2018).

Take time this week to work together for a world where there is unity not just between Christians but where we as human beings can flourish together. Renew your commitment to trade that is fair and ethical and to continue to campaign for taxes to be paid. Visit Go and Do for more information.

(Unlike those Amos condemned, these Victorian scales are accurate and still in use today.) MMB.

20 January, Week of Prayer for Christian Unity, Day 3: The Lord is gracious and merciful to all.

The Lord is gracious and merciful to all (Psalm 145:8)

Christians in Indonesia live within a context of great diversity. Indonesia is a nation of over 17000 islands and 1340 ethnic groups. The churches are often separated along ethnic lines, and some may wound the unity of the Church by regarding themselves as sole guardians of the truth. There are those who are excluded and pushed to the margins. The scripture passages for today remind us that the love of God transcends the boundaries of ethnicity, culture, race, and religion. God is broken with those who are broken. God stands outside with those who are excluded. God includes everyone in the plan of salvation and none are left out.

Self – withheld misdirected misused hidden from me

Love – offered whole healthy including me?

Self – offered whole healthy including me

Place – offered whole healthy including me

Self – chosen given accepted returned

Life – restored remade including me

God of all humanity

your Son was born into a line of men and women,

Some of them were remembered for their great deeds,

others more for their sins.

Give us an open heart to share your unbounded love,

and to embrace all who experience discrimination.

Help us to grow in love beyond prejudice and injustice.

Grant us the grace to respect the uniqueness of each person,

so that in our diversity we may experience unity.

This prayer we make in your holy name. Amen

Take action to ensure those who are displaced but excluded from the UN resolutions on rights of refugees are included and given the support they need. Visit Go and Do to find out more.

January 18: Week of Prayer for Christian Unity: 1 Let justice roll down like waters.

Christians in Indonesia recognize that in their land there are people who passionately try to practise their faith, but who oppress those of other beliefs. In the prophecy of Amos, God rejects the worship of those who neglect justice. In the Gospel of Luke, Jesus reminds us that the outward sign of true worship of God is acting justly. Christians can sometimes be very committed to prayer and worship, but less concerned for the poor and the marginalized. When, as Christians, we work together on justice issues we grow closer to one another and to God.

empty plates, but for a few crumbs.

Everyone’s had their fill again,

at least for now.

Turning on the taps

we fill our bowls,

in the hope that the stains will disappear.

as if there had never been a meal.

In our polite conversation

into thinking we are making a difference.

but are we just acting,

for the others to speak up

as we wash our hands?

you have shown us the path of justice.

You are the father of the orphan.

You are the constant companion of the widow.

You are the friend of the stranger.

In each of these,

may we meet you

and recognize the wind of your Spirit,

moving us toward the need for justice.

In all that we do,

may we know your grace and mercy

and offer healing and justice in your name.

‘Charity is no substitute for justice withheld’.

Take time to reflect and remember campaign successes of the recent and distant past, e.g. the abolition of transatlantic slavery and the end of apartheid in South Africa. Visit Go and Do to read about recent successes in the campaign for tax justice.

Celebrate the successes and get together to discuss what action your community of churches could take to challenge injustice that is happening now. Visit Go and Do for some creative activism ideas.

12 September: Some thoughts on my experience in Freiburg at the 15th Subud World Congress.

It’s a while since we heard from Constantina. I should think moving house was reason enough for that. However she has sent a message from Freiburg where she has been attending the Subud World Congress. You’ll find more about Subud on the internet, but it is a form of spiritual exercise that many find helpful. Over to Constantina.

Here is something unusual. A Congress of nearly 3000 people from 65 countries all over the globe. People of all faiths and beliefs coming together to worship Almighty God each day for 12 days.
There is harmony, chatter and energy in every corner. There are families, young people, old people, business people, from all backgrounds people.
How do so many of such diverse beliefs become one together and work together? And work they do with many large humanitarian projects and smaller enterprises. The key to this is a gift from God which enables us each day to surrender and await whatever grace He wishes to bestow upon us. There is no dogma, no creed, for all follow their own religious beliefs – something we all recognise are deepened by this harmonious experience of God.
Subud has been in the world since 1924, officially from the early 1940s and came to the West from Indonesia in 1957. It was adopted wholeheartedly by the former Gurdjieff movement who recognised the surrender of self to God, within Subud, as the very essence of what they had been searching for but had been unable to attain merely through the human will.
I have been a member since 1983 and it forms an undercurrent in my life and faith like a clear flowing river.
It is not comparable to any other experiential faith and it is easier to say what it is not rather than what it is.
I have another week here before I return and am looking forward to making many new connections with brothers and sisters the world over.
Constantina Alexander