Fr Sylvester is leaving Saint Thomas’ Canterbury at the end of August. To show our appreciation of the 2 years he has spent with us, we are organising a collection which Fr Sylvester would like to go towards his Farm project in Nigeria. If you wish to donate and write a cheque please make it payable to Fr Ibitoye Sylvester Adeniyi. Any donations made directly to our parish bank account should clearly be marked “Fr Sylvester’s Farm” please. There will be a special red bucket collection for Fr Sylvester after all Masses this weekend for cash collections.

A bit about the farm…
In 2015, a sizeable portion of land was given to Father Sylvester by the community of the Irawo people, in appreciation of the successful completion of other projects, most notable of which was the building of a bridge across a large river to ensure accessibility, even during the long
months of monsoon rains, thus removing the many difficult and sometimes dangerous complications caused by living in a very isolated area. The Spiritans Springs site is rich agricultural and forested land, boasting not only a river but also beautiful lakes that are well-stocked with fish. Such diverse habitats require careful stewardship: this is both a responsibility and a joy. Spiritans Springs is a community whose mission it is to provide for the welfare of every person we can reach. They do this through the creation of an enabling environment to support the spiritual, physical
and practical needs of all. They know we have received the Divine Mercy as a gift. Jesus is that gift: the son of God who died on the cross that we might have everlasting life. In His name, we welcome all to share the gift of Divine Mercy by caring for His children and creation.

To find out more, Fr Sylvester has a website on the project which can be seen here: www.spiritans-springs.com

13 May, Alice Meynell: rushes and poplars.

But the bulrushes, the reeds!  One wonders whether a very thorough landowner, but a sensitive one, ever resolved that he would endure this sort of thing no longer, and went out armed and had a long acre of sedges scythed to death.
They are probably outlaws.  They are dwellers upon thresholds and upon margins, as the gipsies make a home upon the green edges of a road.  No wild flowers, however wild, are rebels.  The copses and their primroses are good subjects, the oaks are loyal.
Now and then, though, one has a kind of suspicion of some of the other kinds of trees—the Corot trees.  Standing at a distance from the more ornamental trees, from those of fuller foliage, and from all the indeciduous shrubs and the conifers (manifest property, every one), two or three translucent aspens, with which the very sun and the breath of earth are entangled, have sometimes seemed to wear a certain look—an extra-territorial look, let us call it.  They are suspect.  One is inclined to shake a doubtful head at them.
And the landowner feels it.  He knows quite well, though he may not say so, that the Corot trees, though they do not dwell upon margins, are in spirit almost as extraterritorial as the rushes.  In proof of this he very often cuts them down, out of the view, once for all.  The view is better, as a view, without them.  Though their roots are in his ground right enough, there is a something about their heads—.  But the reason he gives for wishing them away is merely that they are “thin.”  A man does not always say everything.
(from “The Colour of Life; and other essays on things seen and heard” by Alice Christiana Thompson Meynell)

And are we exiles or residents on this planet? Most trees are capable of outliving humans; is this why people feel a need to control them,  treat their timber as merely a crop, destroy the forests?
Jean-Baptiste Corot, Ville d’Avray, National Museum of Art, Washington. Public Domain.

The Eildon Hills in the countryside where Duns Scotus was born.

Land still is an object of exclusiveness and power – everyone has their private property, with some having far in excess of what they need, and others deprived of basic necessities. Land is gift to be shared openly and freely. No one owns the land; to do so undermines its giftedness. Land is one, with incredible diversity, but to be fully enjoyed needs to recover its primordial unity. Likewise with buildings – every religion has its special places. But as Jesus predicted, the ancient Temple was not destroyed by external forces; it destroyed itself. 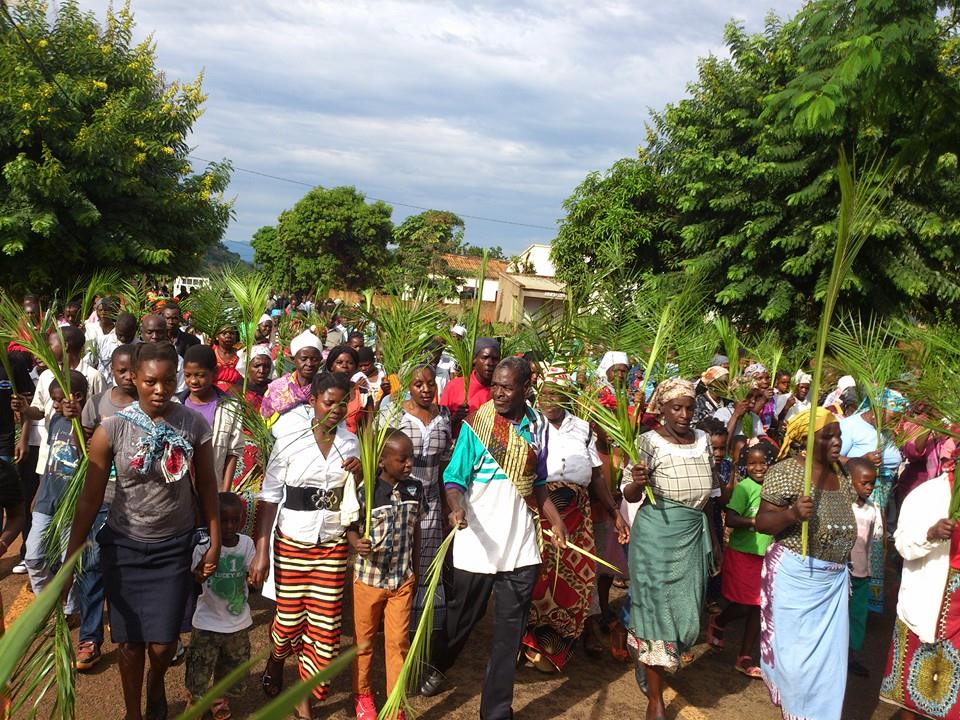 When any institution becomes self-serving it paves the way for self-destruction. [Note much of Jesus’ ministry took place outside!]. Presence is more important than location; and the primary Revelation is Creation. Jewish faith evolved to a point where law became its central value when meaning was equated with observance; observance of law which soon became laws! This inevitably led to division between the observers and the unclean. There is only one law – unconditional love. Law has a place, provided it serves life.

For patriarchal cultures, family is the basic means of control; where children learn to obey, first the adults and then authority beyond the house; but family also suffered from power games. Once again, Creation is our primary family. We all belong where there is no place for hierarchy. We get our ability to relate not from nationality, skin colour, religious affiliation, but from our primary belonging.

The Holy Spirit is the relating power of wisdom – and is reflected in every form of birthing in Creation – the Spirit is the fundamental Wisdom that permeates everything in Creation – human intelligence derives from it. But we need to learn how to channel it properly: too much of a good thing can oppress. We read of the need to test the Spirit that is in us, to make sure we are open to the gift and not misled by our own version of it. The Spirit comes first, impregnating and bringing forth what is new.