The American writer Henry Thoreau claimed that we should not judge our wealth by the things we possess but by the amount of free time that we have.

By Eddie Gilmore of the London Irish chaplaincy. Welcome back, Eddie!

By Thoreau’s reckoning I’ve been pretty wealthy during the pandemic due in part to working from home. My working day used to involve three or four hours of commuting and so I’ve had that time for other things. After the first lockdown had eased I was cycling with a guy in my club called Steve who, pre-Covid, I would see from time to time on the train back from London. He said that previously at a quarter to five he would be clearing his desk and getting ready to head to St Pancras to catch the train. “Now,” he explained to me with evident delight, “I walk down the garden path to the shed to get my bike out and I’m off.” It was a bit the same for me last summer: down to the shed at the bottom of the garden, bike out and away. I needed something a bit different this year and the Korean study has filled up a lot of my free time nicely, although I’ve still relished the extra time for a variety of sporting and other pursuits.

St Augustine described the monastic life as otium sanctum, which can be translated as holy leisure. The American Trappist monk Thomas Merton touches on the theme of otium sanctum in his book ‘Spiritual Direction and Meditation’. ‘Business is not the supreme virtue,’ he writes, ‘and sanctity is not measured by the amount of work we accomplish.’ That’s not to say that no work or business is conducted in a monastery. On the contrary, monasteries through the ages have been hives of activity, and you’re also as likely to find workaholics there as anywhere, Merton himself having been one of them! Yet, there’s a structure and a balance to the monastic day that gives time to work, time to pray, time to eat, time to read or study, time to rest, and time just to gaze upon the flowers in the fields. It’s the active in harmony with the contemplative, and a little sign that all of our time, ultimately, is a gift.

Having free time doesn’t necessarily mean doing nothing but being perhaps less driven and more conscious and intentional about what we’re doing in any given moment. I like that the word leisure comes from the Latin licere, meaning ‘to be permitted’ or ‘to be free’. I also like one of the definitions of that Latin word ‘otium’: ‘leisure time in which a person can enjoy eating, playing, resting, contemplation and academic endeavors.’ The key, perhaps, is taking time to enjoy and savour each moment in the day, and to take pleasure in the world and in those around us; to sit on a bench, to smell a rose, to listen to the birds singing. It could even be experienced in the midst of  writing a report or a funding application, or when doing a 100 mile cycle ride! All is given, all is gift.

The key for Thick Naht Hahn, the Vietnamese monk and poet, is mindfulness. He counsels that when eating a tangerine, be aware that you are eating a tangerine! When drinking a cup of tea, be aware that you’re drinking a cup of tea! Just as in a Japanese tea ceremony, each step of the process is important and given the right amount of time and awareness: boiling the kettle, preparing the vessels, warming the pot, pouring the water, waiting for the tea to brew; and then sipping, smelling, savouring. Perhaps even giving a little thought and a blessing to those who grew the tea and picked and dried the leaves.

I’ll shortly have the great gift of two week’s of holiday in which Yim Soon and I will walk the West Highland Way in Scotland followed by Ben Nevis and then a few days on the Isle of Skye. I will consider myself the wealthiest person alive to have such otium sanctum and to be able to spend it in such a place and in such company.

It’s holiday season, and was so in August 1780. Johnson writes to invite a Scottish friend to come and enjoy the bright lights of London, but a little later perhaps, when winter is drawing in.

To DR. BEATTIE, AT ABERDEEN.

More years than I have any delight to reckon, have past since you and I saw one another; of this, however, there is no reason for making any reprehensory complaint—Sic fata ferunt*. But methinks there might pass some small interchange of regard between us.

If you say, that I ought to have written, I now write; and I write to tell you, that I have much kindness for you and Mrs. Beattie; and that I wish your health better, and your life long. Try change of air, and come a few degrees Southwards: a softer climate may do you both good; winter is coming on; and London will be warmer, and gayer, and busier, and more fertile of amusement than Aberdeen.

More news I have not to tell you, and therefore you must be contented with hearing, what I know not whether you much wish to hear, that I am, Sir,

Your most humble servant,
SAM. JOHNSON.

* That’s how the fates worked out.

I felt I ought to be catching up on the classics, so set the Kindle to work, digging them out. Another bite at Virginia Woolf led me to her ‘Orlando’; I have to admit to skipping a great deal in order to reach the end of the book, but this passage struck a few bells.

Father Valentine and I were discussing clock time and personal time in a recent exchange of emails. It’s easy to lose track of clock time if you don’t have appointments to keep. All very well for a privileged young woman, as VW was, but not for a young person on the verges of crime and unemployment, wanting to hold down a job. Valentine and I both know a few like that! (‘You’ve got an alarm on your phone, why don’t you use it?’ ‘I thought my mother would wake me but she went out.’) And here’s the privileged Virginia Woolf.

“Time, unfortunately, though it makes animals and vegetables bloom and fade with amazing punctuality, has no such simple effect upon the mind of man. The mind of man, moreover, works with equal strangeness upon the body of time. An hour, once it lodges in the queer element of the human spirit, may be stretched to fifty or a hundred times its clock length; on the other hand, an hour may be accurately represented on the timepiece of the mind by one second. This extraordinary discrepancy between time on the clock and time in the mind is less known than it should be and deserves fuller investigation.”

For better is one day in thy courts above thousands (elsewhere). Psalm 84:10 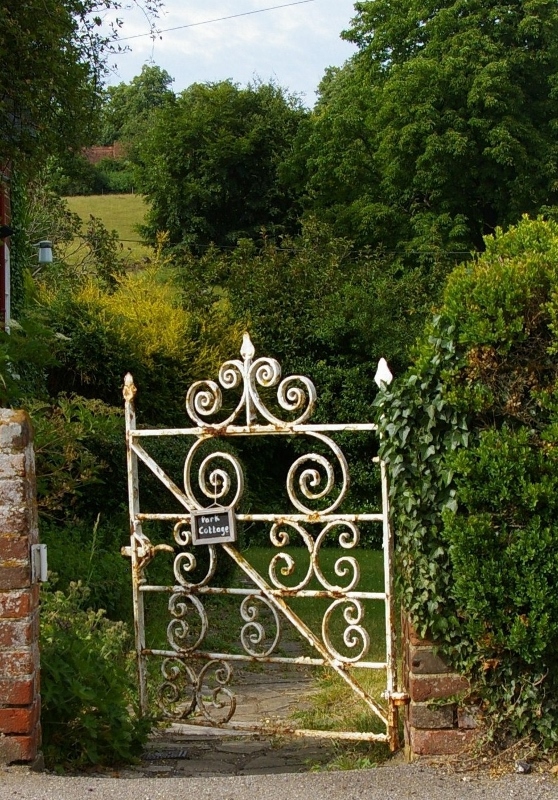 With one of the city’s busiest pubs situated almost exactly where the Burgate would have been, today we pray for the leisure industry, the city’s nightlife and the tourism which helps make this a prosperous city. May Canterbury be a place where people discover true rest and deep joy.

(The gates in this week’s pictures are from around Canterbury but not the proper City Gates, which have all long gone, except Westgate).