Mrs Turnstone, whose birthday this is, loves the fact that on 13 January the sun is visible in Greenland for the first time since the winter’s darkness took over. Let’s pray that we might be ready to observe the light we are given and to rejoice this day and every day.

And Happy Birthday to Mrs Turnstone!

After Father Tom yesterday, here is another Franciscan, Father Andrew this time, reflecting on the O Antiphon for today: O Oriens, O rising dawn, or as the English hymn has it, O come thou dayspring!

The dawn drives off the dark, and day doth come
Queening away the fearsomeness of night;
But all the world is blessed Mary’s home,
Nor any hour can lack for her its night
While He, our hearts’ one Home, curled cosily,
Can even straw and stall and stable raise
To throne and palace by His royalty;
For perfect Love hath come Who casts out fear –
Now doth the Dayspring from on high appear.

O come, Thou Day-spring, come and cheer
Our spirits by Thine advent here;
Disperse the gloomy clouds of night,
And death’s dark shadows put to flight.

And let us sing, Rejoice, rejoice! Emmanuel has come to thee, O Israel! Let us be joyful this Christmas; He can raise our homes to palaces with his Kingly presence. 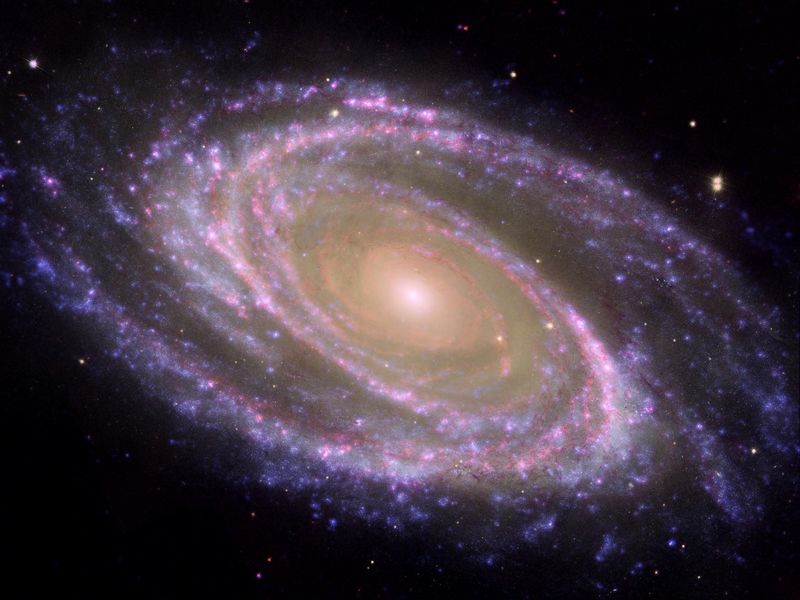 I’d got as far as Proverbs in reading through the Bible when I realised that there are many launching points for reflections in there. Take 3:19-20. It runs like this in the King James Version:

The Lord by wisdom hath founded the earth; by understanding hath he established the heavens.

If the heavens are a product of God’s understanding, then understanding the heavens – moons, planets, galaxies, light years, red shifts, black holes – should give us clues to what God is like. Our three-year-old grandson loves to recite the litany of the planets and to look out for Jupiter, at present shining brightly opposite his front door. May his experience of the Lord’s creation light up his heart this Christmastide and all his life through.

What made me think of carol singing in the run-up to Christmas? Whatever it was, my thoughts turned to Ireland in 1968 when I was a student at the Missionaries of Africa’s Saint Augustine’s College in Blacklion, Co Cavan and we continued the tradition of walking the local lanes and the village streets, calling at every house, including the Protestant pastor’s down by the lake.

Away from the village, Blacklion had many small farms with big dogs; there were dark skies and hedges to darken the way further, but we went everywhere and no-one got bitten. We had a couple of good farm lanterns but others were candle ends in jars, slung at the tops of poles. It was a challenge to read the words on the sheets, but we knew all of them and often enough in four voices.

Patricia Hawkins de Medina was living in the village;

My father, Dr. William Hawkins, was medical officer for St. Augustine’s in Blacklion, all those years ago. I have fond memories of attending some of the Christmas pantomimes as a child way back then, and I can remember many of the Fathers. And the students carol-singing at Christmas in the village, and all coming into the hall of our house in Blacklion. So many memories.*

We were creating memories for ourselves as well as the villagers. We were bearing witness to the coming of the Lord, both to our neighbours and to ourselves, as a community of committed young men. But this witnessing brought us face to face with the local families, good, hard-working, struggling people as well as those who were better-off, like the Hawkins family. It is good to be told how special it was to have a male voice choir singing under Patricia’s roof well after bedtime.

Not quite a band of Angels, but we were proclaiming peace on Earth, a grace that certain people in Ireland turned their backs on for years, as they still do in so many parts of the world.

We enjoyed our carol singing, and so did our audience: feasts are given to us to enjoy. Let us not yield to cynicism this Christmas, but pray for peace in our land and peace within our homes and families. Amen.

Photograph: Children and staff at Brocagh, a local school, in 1968; some of them will have heard our singing.

They like bikes in Belgium! Not that they are always the most appropriate means of transport. This is the story of an overloaded bike in Canterbury and what happened next.

We begin with Will parking his bike against a rack where there was already a red lady’s Dutch style bike, not unlike the one outside the shop above. When Will had finished his shopping, the Dutch bike had gone, but there was a red purse on the ground. It had an address in it, a few minutes’ ride away, so off he went. It was shortly before Christmas.

The door was opened by an older lady, dressed in red, pleased to have her purse back: ‘My basket was too full, I am silly!’ now she was ready to press me to take tea in her winter-wonderland front room. A red settee and armchair, flashing lights and a glorious fake tree, a few copies of the Watchtower. The Watchtower magazine of Jehovah’s Witnesses? The same.

Yes, Mrs S was a Witness. Will had always believed that Jehovah’s Witnesses stood at a distance from Christmas and all things Yule. There had been the time when our regular witness missioner, Joe, had knocked on our door at 1.00 p.m. on December 25th with a personal delivery of the magazine. Obviously Christmas day was nothing to him. There had been more than one year when Witnesses expected a Christmas tree, given by a family, to be removed from a shared bay of the hospice where Mrs Turnstone worked. No surrender to other people’s sensibilities there, even when the other people were dying.

‘I came late to the Witnesses through my late husband,’ she explained. ‘But I like to put up something for Christmas to welcome my friends and neighbours. And the lights are a lovely, comforting sight at this time.’

‘What does Joe have to say about it?’ I asked. ‘He knows I take round my share of leaflets. He doesn’t have to know that I have a Christmas tree!’

And perhaps her Christmas tree and hospitality were as powerful a witness as her magazine.

Another of the Anglican Franciscan Father Andrew’s Advent and Christmas poems. Some of those we are sharing this Advent were composed for parish mystery plays, so are simple in language and construction. This one is more reflective. Love came for you and me.

Once down some steep old Syrian stair,
A dim, sweet vision in the night,
Stepped Mary with her Blossom fair,
While God’s soft stars gave candle-light.

And oh, how steep life’s stairs might be,
And oh, how dark may be the night;
Yet since Love came for you and me
Even thorns have blossomed wondrously,
And through all dark with certainty
Love leads to Light.

5 But of the times and the seasons, brethren, ye have no need that I write unto you. For yourselves know perfectly that the day of the Lord so cometh as a thief in the night.

But ye, brethren, are not in darkness, that that day should overtake you as a thief. Ye are all the children of light, and the children of the day: we are not of the night, nor of darkness. Therefore let us not sleep, as do others; but let us watch and be sober. For they that sleep sleep in the night; and they that be drunken are drunken in the night. But let us, who are of the day, be sober, putting on the breastplate of faith and love; and for an helmet, the hope of salvation. For God hath not appointed us to wrath, but to obtain salvation by our Lord Jesus Christ, Who died for us, that, whether we wake or sleep, we should live together with him. (1 Thessalonians 5:2-10)

We read a prayer of Saint Columban on his Feastday; here is another prayer taken from his Instructions. An Advent Prayer indeed!

Blake had a way with words, and with ideas. We need to catch fire but not to be too hard on ourselves when the fire is damped down and invisible. This fire was out – or looked that way. It sprang back into life with a few puffs from the bellows and a few dry sticks and logs. How can we open ourselves to the Spirit to relight our fires? How can we feed our own fires and each other as we approach the festival of light?

49 Jesus said to his disciples: ’I have come to bring fire to the earth, and how I wish it were blazing already! 50 There is a baptism I must still receive, and how great is my distress till it is over!

George Herbert was an Anglican priest who died in 1633, during the reign of Charles I of England, those were troubled times. This is an extract from his poem, Christmas. That little star we looked for on Sunday is now a glorious, but contracted light, powerful enough to transform a dark soul into a better lodging for Christ – a better lodging than the rack which in Herbert’s time had replaced the Cross as an instrument of torture; a better lodging than the grave that only held Christ until the third day. Christmas and Easter are parts of the same story.

Lord, do not be a stranger to me. Shine your light into my soul. Help me to follow the star this Advent, however many distractions get in the way.