Oh Wisdom come and lead us. 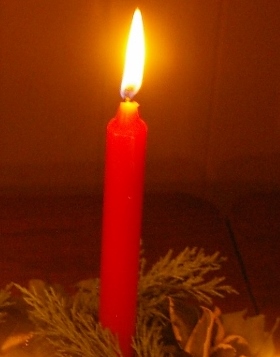 In the evenings leading up to Christmas Eve, the Roman Catholic Church sings seven special antiphons before and after the Magnificat at Vespers. English speaking Christians know these in the metrical version that starts, ‘O come, O come, Emmanuel.’

Sister Johanna at Minster Abbey has written a poem for each of the antiphons and we are privileged to publish them here. She writes:

They are shortish poems that meditate on each O Antiphon.  Each  poem is in a different style, sometimes different voice, from the others.  They begin with a heading consisting of the O Antiphon in its original Latin (surely one or two of your readers must be able to de-code the Latin, don’t you think?); then I translate the Antiphon into English.  The poem then follows.  You will see that the poem picks up on one or two aspects of the antiphon that seem to contain the most ‘punch’ but do not attempt to reflect on every aspect of the antiphon.

To preserve the format of each post as Sister intended, I have presented them as pdf files. Just click on the link each day to view the post.

November 29: Jesus Beyond Dogma II: xxix – Spirituality belongs to the earth and its people

Throughout history spirituality has been linked to specific convictions and values, calling for a particular life-style, with regular devotion and ritual worship. Christian spirituality cherishes highly the values and virtues of the Gospel: love, compassion, peace with justice … the Beatitudes in Matthew 5.1-12. How these values are appropriated into everyday living is the mission of the Church; to this end the Church provides a repertoire of prayers and devotions along with a sacramental system, to help us engage meaningfully with personal and cosmic living.

Over time competition arose between the different religions, each with its own priorities. In recent years, however, there has been a noticeable commitment all round for coming closer together. As we have seen, there was the presumption that religion and spirituality are essentially the same. In every age the meaning of spirituality and its influence has evolved in cosmic proportions. It is crucial that engagement with spirituality calls for engagement of current cosmic awareness – resulting from multi-disciplinary exploration.

This is showing us that spirituality belongs to the earth and its people and not to some far-away god, or to a state of Nirvana. Above all, it transcends what individual religions claim to represent and as such becomes all-embracing. It is a challenge to break away from human centred systems – religious and political – and claim all creation as home.

Scientists such as Eliade and Jung… among others claim that value is based on an innate and universal desire everyone experiences; values such as: unconditional love, truth, honesty integrity and peace with justice. The Christian ethic quotes the Canticle of Mary to see Jesus as epitomising this: He came to his people to set them free – Luke 1.68. All world religions seek to embrace these values within their own cultural expressions. For the Christian faith this is what is meant by the Kingdom – seen stunningly in Jesus as king riding a donkey – on which, in those days, anyone could ride.

Spirituality is concerned with such values as foundational. Religion, however, is the name we give to the enculturation of such values. Christianity as religion is very much the product of a patriarchal culture, with familiar oppressive results: market competition with the poor side-lined, female suppression… which have no place in the Kingdom Jesus brings. If this is so, it would seem that religion is a temporary reality. Involvement with spirituality is to be enabled to reclaim who we really are through engagement with living the basic values which alone can satisfy every human hunger – this is why Jesus refers to himself as the bread of life – satisfying every hunger. We cannot avoid being people of value.

Not all value is necessarily good, the influence of light and dark is always at work. Value is geared towards life being experienced as whole – as promised by all religions. But our attempts to embody value is influenced by the temptation to selfishness, greed and power-seeking. The person who robs and steals is doing an evil act – not for the sake of evil, but for a perceived good! In a world of so much suffering and evil such an example can seem trivial. Our human desire for fullness of life can be distorted, while the ultimate goal is always good. Which is why Paul cries out: who will rescue me from this wretched state – Romans 7.24?

Reasoned argument seeks to break things down into constituent parts; it is story-telling that shows how the whole is greater than the sum of its parts. Reasoned argument draws on things that worked in the past, story-telling offers a new world of possibilities. Could this be why Jesus used parable to communicate truth? Maybe even why he said unless you become as little children… children love stories!

We do well to remember that Jesus was at home in the world of story, because he was born of story, the story of creation and all its tremendous potential. Life looks very different when we set him within story – free of the world of rational argument.

It would never have occurred to anyone to doubt the existence of God if theologians had not tried to prove it. The Creed is a collection of dogmas, deemed to be eternally binding – beginning with the Creator, and ending with today’s guardian of dogmatic truth – the Church. Surely this is more to do with power than faith? The intention is good – to empower people with the gift of faith – but it effectively disempowers by making us passive recipients of truths rather than passionate seekers after Truth.

In the dogmatic system growth in faith is assessed by conformity to religious practice – which can become a form of co-dependence. Without doubt many have broken through these limitations, making commitment of heart and mind – showing how structures need to be assessed as to whether they serve the life or are self-serving. Jesus does not belong within such structures.

A different Jesus emerged, champion of equality, fired by intuition, intent on empowering the powerless and marginalised and inevitably seen as a threat to establishment – bringing down the mighty… raising the lowly – Luke 1.52. Dogma means little to people seeking hope. Preaching Christ carries no lasting impact; being Christ is what matters. This is not a rational option, but an emotional choice rising out of the heart – it is an option for love over truth.

On the opposite end of the scale to the angry psalms perhaps, are psalms which may express states which we feel unworthy of calling our own: states of innocence, maybe.  Or holiness.  The New Testament Canticle, the Magnificat (Luke 1:46-55), might fall into this category.  It’s not actually a psalm, strictly speaking – but we pray it every night at Vespers, so I think it deserves a mention.

We might think, ‘How can I, a twit and sinner, pray the Magnificat.  How can I say, “henceforth all ages will call me blessed”, for example.  But, once again, the Divine Office is not just about me.  St. Augustine says about psalmody that sometimes we pray in the voice of Christ our head, sometimes we pray in the voice of his members.  Here, we pray in Our Lady’s voice, and in our way, we allow her words to continue to resound in the Church.  Imagine the impoverishment to the Church if, out of a misguided humility, the Church had no tradition of praying the Magnificat!  In the Magnificat, we are recalling – re-presenting – the astounding fact of Our Lady’s immaculate heart.  She knew that it was all God’s gift – and says so in the canticle.  When we pray it, we pray in hope that we might receive a like gift of purity of heart.

Admittedly, the Magnificat is one of those prayers that are too big for us, and maybe we feel like the child trying to walk about in its parent’s shoes when we pray it.  We need to “grow into” it.  But, people, by God’s grace, do grow into it.  It’s not a futile hope.  He does give the gift of holiness.  Saints are real people.  I was just reading about the recent martyrdom of a group of Missionaries of Charity and their volunteer helpers in Yemen.  I suspect they felt themselves to be pretty ordinary people.  Yet, the gift of holiness was given, and they gave the ultimate gift of their lives to murderers who shot them because they were Christians.  Now all ages will call them blessed.

Follow this link to read about the martyred sisters: Missionary Sistersof Charity in Yemen