17 January, Feast of Saint Anthony: The man who knew he was praying.

S. Anthony said that a man who knew he was praying was not praying. He meant that what was spontaneous and natural was most real; what was most studied and most conscious tended to lack reality.

Often I have heard people say they could pray to God while they were walking about and doing their chores, but that as soon as they knelt down they were plagued with distracting thoughts. The truth about that is that they prayed best when they were least conscious of themselves. 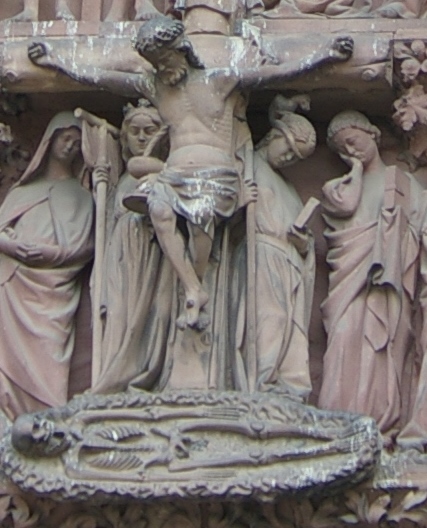 We are all called to die with Christ.

We are all called to die with Christ. One way of doing so is the way of red martyrdom, bearing witness (the meaning of the Greek marturō, from which the word ‘martyr’ derives) with our blood, as more Christians than ever before are doing.

There is also a white martyrdom, originally exemplified by those who withdrew into the Egyptian desert after the example of Anthony of Egypt. This is a death to all that separates us from God. By following the threefold way of purification, illumination and union the white martyr reconnects with the interior silence in which we know God face to face.

This death, which is also a journey, is traditionally imaged, after the Book of Exodus, as the soul’s ascent of the mountain of God. We ascend by allowing our perspective to expand. We ‘rise’ from self-centredness to other-centredness. This means allowing all of our habitual ways of seeing and thinking, however cherished, to be changed by the inflowing (the in-fluence), of grace.

Bonaventure saw that at the apex of the ascent we ‘behold Christ hanging on the Cross’ and ‘celebrate the Pasch, that is, the Passover, with Christ.’ We –

‘rest with Christ in the tomb, as one dead to the outer world, yet experiencing, in as far as possible in this pilgrim state, what was said on the cross to the thief who was hanging there with Christ: This day you will be with me in Paradise.’

It is significant that, as Christians rather suddenly came to be in charge of aspects of society, rather than being oppressed, early in the fourth century, some saw that power would corrupt their church life. As rulers supervised the gatherings of bishops, many saw their clergy growing rich and comfortable. Monasticism grew fast at that time, in reaction against distortions of the gospel focus on the weak and the outcasts. Withdrawing from the corrupt close dealings with politicians seemed like the only path to integrity for hermits like Anthony of Egypt and the communities of Pachomius. Living is remote settings was not needed in order to define how the Trinity acts, but to make praise and wonder the core Christian experience.

Syrian monks also withdrew from political careerism. At the same time they looked for occasions to preach about the need for social improvement across their neighbourhood. Closeness to God increased their ability to see problems clearly and speak prophetically.

A third version of monastic community was developed in the Latin West of the Mediterranean. St. Augustine realised that, while breaking free from powerful ambitions was crucial for authentic Christianity, this could be achieved by a community based within the circumstances of city life. Praise and wonder should be made real and available to the lay Christians of a busy town setting.

Thus the European Middle Ages had two versions of religious life. Benedictines and Cistercians modified the Egyptian pattern. Friars were closer to Augustinian engagement with the laity.

10th January – Christians from the Past

When we pray regularly at home, in communities or a liturgical setting, we use certain prescribed forms of prayer such as the memorials or feast days of holy men and women. The selection of people recalled in this way may be fairly small. Some people like to attend a liturgy on the day when a favourite saint will be mentioned. Yet the account summarised may be just a couple of lines: where they lived, the year of their death and some key event in their life. If the event was a doctrinal debate, we might hear few details, and come away with no understanding of the hotly-argued faith issues, so prominent in that person’s experience.

Next Sunday can be an opportunity to learn about St. Anthony of Egypt, and ways in which he possibly resisted doctrinal views of the Alexandrian priest Arius. It being a Sunday, however, he will not be mentioned in churches. Then, on Wednesday 13th January, we might hear about Hilary of Poitiers, living in France (called Gaul) fifty years after Anthony, who also spoke and wrote passionately about problems relating to followers of Arius. Would our own sense of God benefit from more input? For monastic communities, the week includes more than just morning and evening prayer. 11th January offers a reading from the vivid fourth century preacher, Maximus of Turin.

How can we rejoice in dissimilar patterns, then, of discovering how faith has been put into words? What resources will deepen our attentiveness to God?