Amal comes to Canterbury (but not down our street!)

Little Amal is not so little! She is 3.5 metres tall and represents the 32 MILLION children who have been forced to leave their homes – 32 million child refugees. She has been walking across Europe to tell their story, and she walked through part of Canterbury today – but she didn’t come past our house. Her entourage did.

This link is to the children’s activity pack on Amal’s website, which is a good introduction to the issues she is drawing to our attention.

I cannot help but remember the refugees in my class at primary school: fleeing from oppression in Poland, Hungary, Ukraine. It seems to me that they were accepted as one with us. They have contributed to this country since the 1950’s. A contrast to the view Mrs Turnstone heard this afternoon, that events such as Amal merely serve to encourage more migrants to make for our shores in small boats.

The neighbour clearly had never been near an open boat in a storm. The one I was in we beached and found it stove in the next morning, when the lake had risen much higher than we expected after abandoning ship.

People do not do this to their children to free-load on our country.

At least spare some sympathy for the traumatised children. 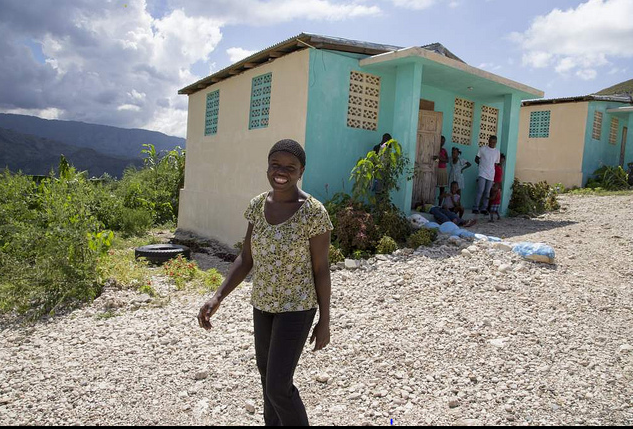 This year’s service focuses on Christian Aid’s work in Haiti, as part of Christian Aid Week 2018, but also has a local focus, as the speaker will be Svenja Powell, who is part of Canterbury Welcomes Refugees, an organisation helping churches and charities to work together to welcome more Syrian refugee families in Canterbury.

When I went to the Cathedral yesterday I found myself in the nave rather than the crypt. It was still early in the day; the guides and welcomers were just arriving, tidying up their desks and welcoming each other. There were the usual builders’ noises, and someone testing organ pipes: in short, there was the usual silence!

I had time to sit by the font and contemplate the installation ‘Suspended’. The garments hanging above the congregation came from refugees on the Isle of Lesbos or the camps around Calais; clothes they were glad to discard when they were offered a clean change. I hope they found something they liked to wear! Their lives have been suspended between their old homes, destroyed or stolen, and who knows what future.

There the clothes hang, reminding us that these refugees are sisters and brothers of ours, thrown on very hard times, as were others – including perhaps their grandparents – seventy years ago when Pope Pius XII wrote the words we read here yesterday.

Let us follow his call, and pray for peace, and support those who support the refugees.

10 February: O is for Oswestry

The Empire builders drew a straight line in the sand dividing Syria and Iraq, and all those similarly ruled boundaries in Canada and Australia. Was anyone asked would they rather be in Manitoba or Saskatchewan? Thank God those boundaries cause little friction.

The Welsh border with England has very few straight bits, and the area around Oswestry is a case in point. On the map England seems to have taken a huge bite out of Wales, and place names in English and Welsh turn up on either side of the border. Maesbury is a mishmash of the two, and Welsh Frankton is definitely in England.

The New Saints Football Club play in the Welsh Premier League but have their ground in Oswestry, England, and so it goes on.

The Old Saint of Oswestry was King Oswald of Northumbria who died at Oswald’s Tree – or Oswestry – in the 7th Century, battling against the pagan Mercians and their Welsh allies – who of course were more than capable of going to war against Mercia when the fit was on them. Or of marrying across the border as seems to have happened more than once in my own family.

Let us be grateful for peaceful co-existence along the Marches of England and Wales and pray for peace along the many borders that divide rather than unite people in our world today.

Oswald from a Ms in New York Public Library:
File:Stoswaldaskingnyplspencer1f89r.jpg From Wikipedia

A Letter of Hope from Syria

Whatever happens in Syria, the L’Arche Community is still living its vocation. Here is a letter (in English) reviewing the last year at Christmastime.

We have celebrated Christmas in joy, as faced with our daily situation, celebrations are a call to us not to be drawn into deadly sorrow. Celebration is the best remedy against the absurd and despair.

Please pray for all Christians and Muslims living the call not to be drawn into deadly sorrow.

January 13: Faith is not an Overcoat

Was it their overcoats or their hearts burning within them (Luke 24:34) that kept these pilgrims warm in Krakow?

Here is a thought to dwell on, when I get ready to go out on these cold winter’s days, up here in the Northern hemisphere. But it applies even in the warm, sunny South, and actualy comes from Friar Francesco Patten OFM,  the Custos, or guardian, of the shrines in the Holy Land.

Franciscanism entered into me partly because I have the name [Francesco] and partly because my family taught me that the faith is not an overcoat but the core, sustaining life.

The Friars of the Custody of the Holy Land come from many nations. They support the local Church in Israel, Jordan, Lebanon and Syria as well as welcoming pilgrims. They rely on our support.

Pray for Peace on Jerusalem and on all the lands of the Bible.

On the evening of this day in 1170, Thomas, Archbishop of Canterbury was hacked to death in his Cathedral. In March 1980, Oscar, Archbishop of San Salvador was gunned down while celebrating the Eucharist.

Two big names from the recent and distant past, both remembered as saints: but what of the thousands suffering persecution and death for their faith today? Not just ‘professional Christians’ like the two archbishops but men, women and children, starved, beaten, exiled, murdered.

Let us pray for those suffering persecution and those trying to help them, including the Franciscans of the Holy Land in Syria. Let us pray, too, for a change of heart among those who are persecuting their brothers and sisters, choosing hatred and fear over love as their way of life. And let us pray that our own hearts be changed, our eyes opened to see what our part might be in this mess: cheap bananas, means low wages, means workers repressed; or cheap petrol,leading to  invasion of Iraq, leading to persecution of allegedly ‘West-sympathising’ Christians.

And we can ask for the support of the martyrs as we pray:

I suggested yesterday that there is something ridiculous – humanly speaking – about the whole Christmas story. But we love stories! Books, TV, films, The Archers on the radio, all have their followers – and their detractors. We learn who we are through stories.

When training as a teacher I reviewed a children’s  picture book about the Rhine,  a few words and some rather good photographs, including the Lorelei Rock. After the story of the sirens luring boats to destruction was told the young reader was asked, Do you think this story is true?

Abel is now eighteen months, a little young to listen to stories, but not too young to tell himself some. Among his words are digger, car, and brrrrm. Enough to start conversations in what some people call the real world, as he points to his Dad’s or his grandmother’s car. Enough to recognise a toy digger as a digger, and push it along, brrrrm. Enough to recognise a cartoon of a car on a tiny sticker given to me by one of his Auntie’s pupils. Is it a true car?

The idea of a car does not depend on size for Abel. Yes, some will dismiss the toy and sticker as unreal. But as Fr Kurzynski suggested yesterday, we are in danger of just not getting it. Small and big may well look different from a divine point of view. Or even from a deeply human one – see our post “A World of my own?” last May 14.

In this life, Jesus started off very small … Be grateful for small mercies.

And let’s pray today for mercy on innocent children suffering in war zones in Congo, Syria and elsewhere.

Interruption: News of Franciscans in Syria.

Allow me to share this story published by Independent Catholic News, which tells a little of what Franciscans and others are doing in Aleppo despite the fighting.