8 September, Season of Creation X: This means you!

Canterbury had a railway link to London before 1850, engineered along the Stour Valley from Ashford, a relatively flat line which needed few road bridges, over or under. However, there are a number of level crossings, two of them in central Canterbury, capable of holding up road traffic for minutes at a time in queues 100m and more long.

Sad to say, most cars and motor vehicles (but not the local buses) have their engines left on at this time, wasting the drivers’ money in fuel burning uselessly. That we might say is their problem, but it’s everyone’s problem when the air on St Dunstan’s Street is so often polluted above safe levels; it’s everyone’s problem when greenhouse gases are unnecessarily emitted into the atmosphere to add to global warming.

Please think about switching off your engine when traffic grinds to a halt at a crossing or other hold up.

2 August: A Ugandan ‘thank you’ to Pope Francis for creating the catechist ministry

A Ugandan ‘thank you’ to Pope Francis for creating the catechist ministry by Lazar Arasu from National Catholic Reporter, June 30. A taste of the article follows; the whole piece can be found at this link.

Moses Kiggwa is a dedicated catechist in Kamuli parish within Jinja Diocese, which is about 70 miles east of our capital of Kampala. Besides training as a primary teacher, he also trained himself as a catechist.

“I find joy in being a catechist more than anything else,” Moses told me recently. He eventually gave up his teaching career to be a full-time evangelizer. He noted with pride that he has helped to found several sub-parishes in the remote areas of his parish, along the Nile River.

Now in his late 50s, he is still committed to educating people to faith. Riding his bicycle for several years in his evangelization efforts has created serious health problems, but he is only happy that he has sustained the faith of several hundreds of people.

Surely there are lessons for the rest of the Church from the long-standing ministry of catechists in countries like Uganda?

The Valentine card at the head of the post was sent a century earlier, from a young man in Flanders’ fields to his ‘sweeetie’ in Manchester. They never married because he was killed in action; she went on to find happiness with another man, unlike two ladies I got to know in 1978. Miss M had been unhinged by her experience of loss, or so we were told; Miss P was a good friend to many nieces and nephews and added me to the list, making a beautiful quilt for our first baby’s pram; it’s now a family heirloom.

On this day for lovers, I cannot help thinking of those couples, married or hoping to marry, who are separated by the effects of covid on travel and meeting up. We all have to accept another plan for this period of our lives. And we can hold in our hearts all those who have died, and those who mourn them.

Let us surrender past, present and future into the tender heart of Jesus, confident that our prayer will be heard and answered.

After all the shouting 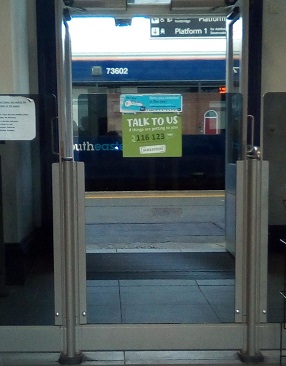 A man recently took his life after appearing on a British ‘reality’ tv show where a lie detector allegedly ‘proved’ that he was unfaithful to his partner.

Thank God for the Samaritans, including my friend L, who listen in ways beyond the capabilities of such shows. They know, far better than the distressed caller ever can, how much their death will affect others. Here’s another reminder of how to contact them, a poster that greets the traveller at Canterbury West station in Kent.

And if someone desperate talks to you, take courage, and listen. 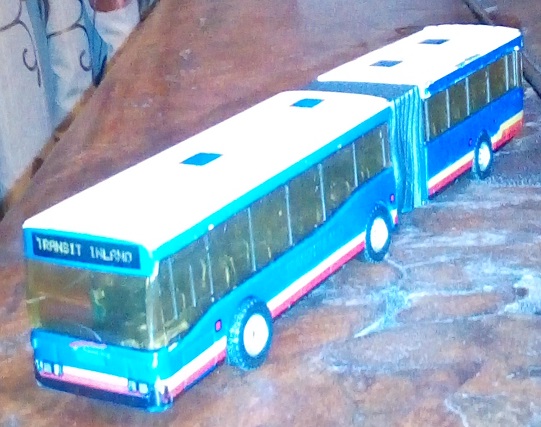 I recently visited Northern Ireland for the first time in many years. Belfast looked cleaner and more prosperous, although the murals and the flags on lampposts spoke of tensions that have not disappeared.

The day after my meeting I took a bus to Dublin. A bus from the Republic, running a cross-border service. No halt as we passed from one jurisdiction to the other; if I’d been looking the other way I’d have missed the border altogether.

Most passengers got down at Dublin airport, as it serves more destinations than Belfast; when we reached central Dublin the bus parked at the Busaras (bus station) like those from Sligo or Cork or Galway. And we arrived on time.

That was an example of a poetic timetable!

But we need planners as well as poets, hard heads as well as soft hearts. Such people go unsung, even unfairly criticised for lack of vision, but they have contributed to the changes in Ireland, the Balkans, the Horn of Africa …

God send us more of them!

23 May: B is for Blacklion, Brocagh and Belcoo 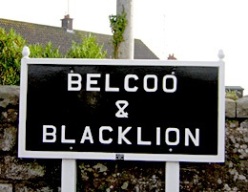 Most readers will not have heard of the twin villages, Belcoo to the North, Blacklion to the South, of a river bridge across the Irish border. The river joins the two Loughs, or Lakes MacNean. Once upon a time I was a student in Blacklion, and each week went to the village school at Brocagh, a good walk from the college, to give the youngsters a catechism lesson.

Sometime around 1970 the little 2 classroom schools were closed down and a new school built in Glenfarne village. In 2011 I shared this photograph of the school on thepelicans.org.uk website, and it was from Belcoo that Olivia O’Dolan identified many of the children, helped by Mary Brady-Timoney, her sisters Kathleen Brady-Keaney and Bridget Brady-Fitzpatrick with Ben McHugh and the Clancy family. Olivia and her family live in the old station house seen at the top of this post. Life goes on; at times it’s almost as if the border did not exist. These children’s cousins will have lived north and south, and things have been so much better in recent years; pray that life doesn’t deteriorate post-Brexit.

Mrs McCormack, the head teacher, (far right) gave me a valuable lesson, thanks to Joe McHugh, down there in the front row, hand to his brow.

One week after Easter we had John’s story of the barbecue by the lake after the miraculous catch of fish, and Peter’s final declaration of faith. I thought the lesson went well. The children drew some remarkable pictures, but Mrs McCormack drew my attention to Joe’s in particular: come here now, Joe, what’s this in the corner? – It’s Saint Peter’s lorry, Miss, come to carry away the fish. I’d missed the lorry completely; I’d not interpreted the shapes he’d drawn in 20th Century terms.

What she knew, but I did not, was that Joe’s family had recently acquired a lorry which was Joe’s pride and joy, so of course St Peter would have had his lorry ready to take the fish to market. The story made sense to Joe, and had always made more sense to me as a consequence; thank you Joe, wherever you are.